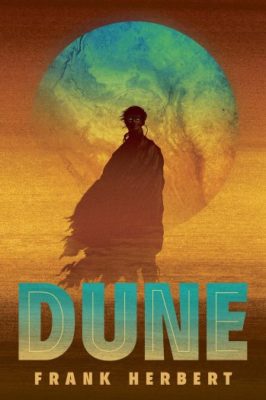 Dune is returning to the small screen. According to Variety, WarnerMedia has ordered a new TV show based on the Frank Herbert novel called Dune: The Sisterhood.

The sci-fi series “is told through the eyes of a mysterious order of women known as the Bene Gesserit. Given extraordinary abilities by their mastery of the body and the mind, the Bene Gesserit expertly weave through the feudal politics and intrigue of The Imperium, pursuing plans of their own that will ultimately lead them to the enigmatic planet Arrakis, known to its inhabitants as Dune.”

WarnerMedia has ordered Dune: The Sisterhood for their upcoming streaming service. Denis Villeneuve is attached to direct.

The Bene Gesserit have always been fascinating to me. Focusing a series around that powerful order of women seemed not only relevant and inspiring but a dynamic setting for the television series.”

What do you think? Are you a fan of Dune? Will you watch the upcoming series?

Loved the books, but (LOL) have to wonder if a show about the Bene Gesserit will entail lots of dramatic music, subdued lighting, and meaningful but mysterious staring at each other. The Sisterhood wasn’t known for a lot of talking.