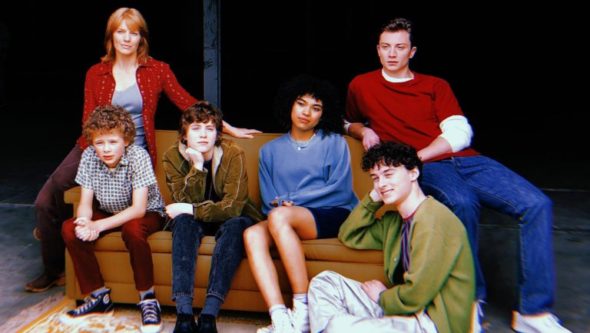 Netflix has a new coming-of-age series in store. The streaming service just announced casting details for their upcoming TV show, I Am Not Okay with This.

The supernatural drama is “about a teenage girl navigating the trials and tribulations of high school, all while dealing with the complexities of her family, her budding sexuality, and… mysterious superpowers just beginning to awaken from deep within her.”

Joining I Am Not Okay with This are Sophie Lillis, Wyatt Oleff, Sofia Bryant, and Kathleen Rose Perkins. The Netflix just began production and is slated to debut in 2020.

Synopsis: From Jonathan Entwistle, creator/director of The End of the F***ing World and the producers of Stranger Things comes new series I Am Not Okay With This based on the Charles Forsman graphic novel. I Am Not Okay With This is an irreverent origin story, following a teenage girl navigating the trials and tribulations of high school, all while dealing with the complexities of her family, her budding sexuality, and… mysterious superpowers just beginning to awaken from deep within her.

SOPHIA LILLIS (It, It Chapter Two, Sharp Objects) will play “Sydney.” Sydney is awkward and smart with a dry, witty, sardonic sense of humor. Like many teenagers, she hates high school, doesn’t get along with her mom, and her best friend has a boyfriend she abhors. Though she views herself as painfully average, she is far from it, as she discovers she has telekinetic powers which may prove to be problematic.

SOFIA BRYANT (The Good Wife, The Code) will play “Dina.” Dina is Sydney’s effervescent, happy, pretty, loud and funny, badass best friend. Unfortunately, Dina has a boyfriend – a super jock who Sydney hates – and Sydney worries he’s going to take her away.

KATHLEEN ROSE PERKINS (Episodes, You’re The Worst) will play “Maggie.” Maggie is Sydney’s mother who works long hours at the local diner and has been raising her two kids on her own since the death of her husband. Exhausted and still grieving but unable to talk about it, she has a strained relationship with Sydney.

AIDAN WOJTAK-HISSONG (The Mission, Falling Water) will play “Liam.” Liam is Sydney’s 10-year-old brother, who radiates a kinetic sort of wonder, the kind of genuine “go” at life that tends to fade after puberty. He’s a neat, artistic kid with an innocent way about him, and he adores his big sister.

What do you think? Are you a fan of supernatural series? Will you watch I Am Not Okay with This?

Well I have been a huge fan of Supernatural for many many years!!!! When I heard that season 15 was the last season I had tears running down my face. It felt like I was losing my best friend or a close family member. I take care of both of my parents. Mom has dementia and is 87 and my dad is 90 and starting to lose a lot of his memory. I am here 24/7 365 days a year it’s going on four years now that I’ve been here and Supernatural is one of those things that takes me… Read more »