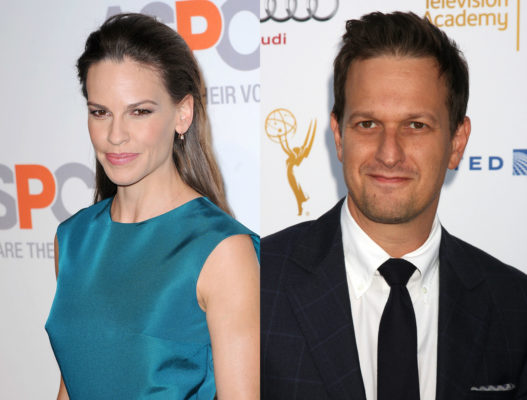 Big names are coming to Netflix. The streaming service just announced Hilary Swank, Josh Charles, and more will star in the upcoming TV show Away.

The drama series “centers on Emma Green, an American astronaut who must leave her husband and teenage daughter behind to command an international space crew embarking upon a treacherous mission.”

Alongside Swank and Charles, Away will star Talitha Bateman, Ato Essandoh, Mark Ivanir, Ray Panthaki, and Vivian Wu. Netflix has not yet announced a premiere date for the series, but you can read more info below:

Logline: Away centers on Emma Green, an American astronaut who must leave her husband and teenage daughter behind to command an international space crew embarking upon a treacherous mission. It is a series about hope, humanity and how we need one another if we are to achieve impossible things.

Talitha Bateman (Love Simon, Annabelle: Creation) is ALEXIS LOGAN, Emma and Matt’s teenage daughter who must now come of age with her father facing life-changing health challenges and her mother in space.

Ato Essandoh (Altered Carbon, Blue Bloods) is KWESI, is a British-Ghanaian botanist and the mission’s only rookie astronaut.

Ray Panthaki (Gangs of London, Marcella, Colette) is RAM, an Indian astronaut and the crew’s medic, co-pilot and second-in-command.

The series is loosely inspired by the Chris Jones article from ESQUIRE, which documented renowned astronaut Scott Kelly’s mission to space.

Ed Zwick (Nashville, Jack Reacher: Never Go Back, The Last Samurai) will direct the first episode and serves as an executive producer.

Andrew Hinderaker wrote the first episode and serves as an executive producer. He is the creator of the series.

What do you think? Are you a fan of Hilary Swank? Will you watch Away?