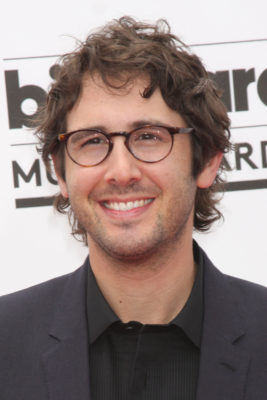 Josh Groban is headed over to Netflix. Recently, the streaming service announced the Grammy and Tony Award-nominated star has joined their upcoming TV show The Good Cop.

Internationally renowned singer, songwriter and actor Josh Groban is joining the cast of the upcoming Netflix series The Good Cop. Groban will play the role of Tony Jr., an earnest, obsessively honest NYPD detective who makes a point of always following the rules. Tony Jr. is son to Tony Sr., a disgraced, former NYPD officer who never followed the rules, played by Tony Danza. In The Good Cop, a new 10 episode one-hour dramedy series, this “odd couple” become unofficial partners as Tony Sr. offers his overly cautious son blunt, street-wise advice on everything from handling suspects to handling women.

What do you think? Are you a fan of Josh Groban? Will you watch The Good Cop?

I will definately watch Good Cop. Josh Groban is in it so I may have to buy Netflix while it is on. No matter what Josh does he is a winner and I have loved watching his success.

I love Josh Groban and I am interested in anything he does, especially a TV series, but I can’t get Netflex. Maybe I can catch up later.