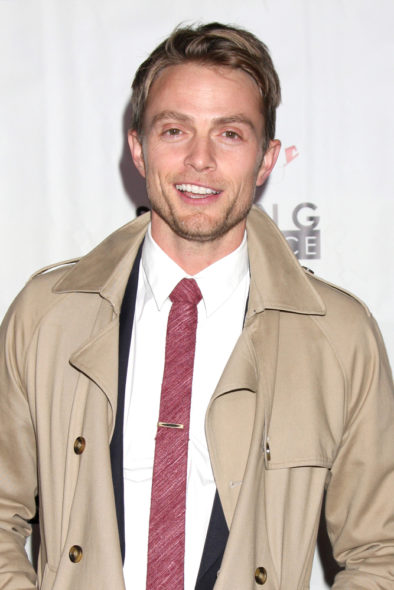 Wilson Bethel, a veteran of the cancelled Hart of Dixie is joining the third season of Marvel’s Daredevil TV show. While Netflix has not yet announced which Daredevil character Wilson will play, he’s reportedly taking on a series regular role.

Variety reports (WARNING: SPOILERS for Marvel’s The Defenders, below):

The exact character Bethel is playing is being kept under wraps. It is known, however, that he will portray an FBI agent who will play a critical role in the conflict between Matt Murdock and Wilson Fisk, better known as Daredevil and Kingpin respectively.

Several months ago, a character description for an FBI agent in “Daredevil” Season 3 leaked. The description led some to speculate that the Marvel character Sin-Eater would be making an appearance on the show. That character was a former S.H.I.E.L.D agent turned NYPD officer named Stanley Carter. Carter, driven mad by an experimental drug, decided to punish those whom he viewed as sinful, even targeting law enforcement personnel like a judge and his own NYPD captain. Sin-Eater was an antagonist for both Daredevil and Spider-Man in the comics.

WARNING: Spoilers for “The Defenders” are ahead.

In the crossover event series “The Defenders,” it was assumed Daredevil died in the building collapse at Midland Circle. It was revealed later that he had survived and was recuperating in a convent, leading many to believe that Season 3 would follow the “Born Again” storyline from the comics. Sin-Eater did not appear in that storyline. Rather, Fisk contracted the supersolider Nuke, a.k.a Frank Simpson, to kill Daredevil. However, Simpson was a central figure in Season 1 of “Jessica Jones,” though his first name was Will in that series. That could mean that Nuke will appear in a future installment of “Jessica Jones” while Sin-Eater could take his place in “Daredevil.”

What do you think? Are you a fan of Wilson Bethel? Who do you think he’ll play in season three of Marvel’s Daredevil, on Netflix? Share your thoughts, below.