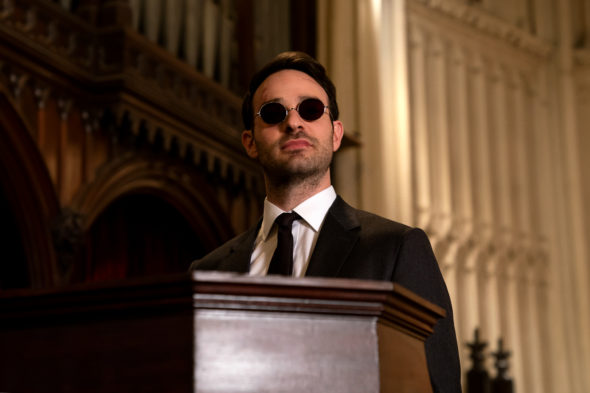 Even though it was one of the streaming service’s more popular original series, Netflix cancelled Marvel’s Daredevil TV show, due to other business considerations. Now, Charlie Cox, who stared as Daredevil aka Matt Murdoch, is speaking about about the cancellation. While Murdoch may be the “Man Without Fear,” Cox is not a man bereft of feeling.

The series’ abrupt end caught Cox by surprise. “A lot of us really expected to keep going, and I certainly did,” he tells EW. “The truth is, I felt like we had a lot of stories to tell, and although I understand [the cancellation], I’m very saddened by that.

“It’s just how business works,” he continues. “But also, these characters mean a lot to people. It’s weird to think there’s a chance I won’t be playing Matt Murdock ever again. That’s a bizarre feeling, because that character has been such a huge part of my life for the last four and a half years.”

Playing lawyer Matt (by day) and the Devil of Hell’s Kitchen (by night) was a “dream job,” Cox says, ever since he was cast the summer of 2014. “I loved it,” he confesses. “It’s been just the most incredible job for me. It’s so fun to do. You get to do all the acting obviously, which is great, but then there’s also this really fun physical aspect to it with all the stunts and the fight choreography.”

As much as he looked forward to season 4, Cox is careful not to speculate on potential arcs for Matt following the season 3 finale […] “I hate to be boring, but to be honest, I don’t think I should answer that,” he says. “It’s so new, the news. It’s quite painful for quite a lot of people. I was really excited about the ideas that were talked about for season 4, and I think if I was to speculate about it and it went on the internet, it might not be very helpful to people.… Anything I say often gets picked up and circulated, and I just want to make sure I don’t give any false hope.”

Still, Cox admits he would want to play the character again. “Oh my God, yeah,” he replies when asked whether he’d be up for returning to the role if given the chance. “I don’t know how this would happen, but maybe one day we could pick up the baton and do it again.”

Marvel has indicated we haven’t seen the last of Matt Murdoch, despite the Netflix cancellation, so let’s hope Cox gets a chance to revisit the role.

What do you think? Are you a fan of Marvel’s Daredevil TV series? Will you follow it to another streaming service?

Heartbreaking to learn of cancellation. One of the best shows available and Charlie Cox is simply amazing. I hope they change their minds or someone else picks it up. What a huge loss!

I’m extremely upset they cancelled daredevil. If someone would please take this show and continue. A very stupied decision cancelling this show. One of the best shows out there. This cannot be the end or rather it should not be. Noone could play him better either!!!!

I will not purchase another streaming service to follow Daredevil. I am really ticked with Netflix and Disney for doing this. I will Never buy another Disney product again.
John