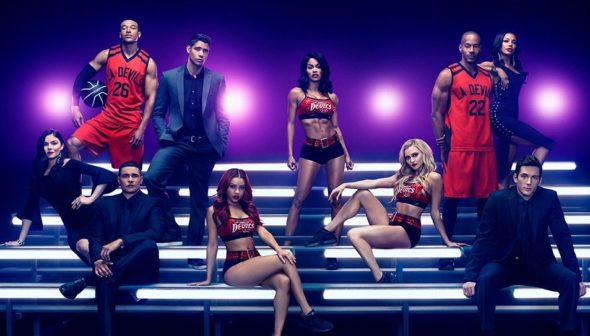 What do you think? Which season four episodes of the Hit the Floor TV series do you rate as wonderful, terrible, or somewhere between? Should BET cancel or renew Hit the Floor for a fifth season? Don’t forget to vote, and share your thoughts, below.

This is one of the best tv shows that I ever watched. Bring back all the old ones and take the new ones off

Please keep this show. Would love to see the old Asha and was upset you killed the Coach, but I love this show.

The old cast was way better. I’d like to see them back. This new cast has no chemistry and their dancing ability isn’t up to par. The new cast seems to be more focused on looking cute in front of the camera rather than delivering quality performances.

Please don’t cancel hit the floor. I would to continue to see what’s going to happen in the next season. I am a huge fan of this TV series. Please please please continue the show

PLEASE PLEASE PLEASE dont cancel this show!! Its one of the best out there right now and one of the only “dance” envolved shows there are! It prob has lower ratings 1: bc it switched channels and maybe not everyone knows, & 2: wehad to wait SO long in between seasons so ppl prob forgot about it! PROMOTE IT MORE!! We need this show! Please take this into consideration. Thank you!!

I actually love the new season, controversial I know. I love the new characters and the fact that although the old cast was good, the new actors have the same acting ability, they possibly need more time together to help their chemistry as a cast.

I think that Ahsha should come back to the show, but I would change the fact that she got an abortion, because of the love story that her and Derek had I don’t think she would kill their baby, that’s something Jelena would do, now she would hide it from him because of his drug use or the women that’s after him but I don’t think it is fair to make her kill her baby off the show is not as exciting as the last 3 seasons but I’m going to give it a chance if you bring Ahsha and… Read more »

They need to bring the original cast members into season 5 to give more drama Ahsha, London, Jelena,on the devil girls would be so exciting along with Kyle and more of the first couple of seasons