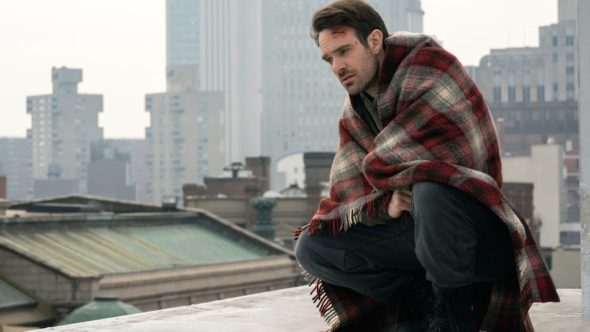 Will there be another season of Marvel’s Daredevil? Executive producer Erik Oleson just announced a fourth season of the TV show has been pitched to Netflix.

On Twitter, Oleson revealed the producers of Marvel’s Daredevil have pitched a fourth season to Netflix. As of now, it’s unclear if the season will happen or not.

Earlier, star Charlie Cox said things might have to change for Matt Murdock if there is a season four:

At this point, I don’t know if there’s any intention of us doing more seasons. But were that to be the case, I think there’s an interesting challenge for the writers, because I don’t think we can do another season where Matt is so isolated, so alone, and so broken and angry. I think in order to avoid being a broken record, we’re going to have to find a Matt Murdock that at least initially has a slightly different attitude toward the people that he loves, and toward himself, and toward God. I think in season four, there needs to be at least one episode where he goes on holiday to the Caribbean, and the whole crew needs to migrate down there for two weeks, and the whole episode he just sits on a beach.”

What do you think? Do you watch Marvel’s Daredevil? Do you want a fourth season?

The show is great and by far outdoes the Daredevil movie. Let’s see another season and travel to whatever adventures season 4 takes Daredevil to.