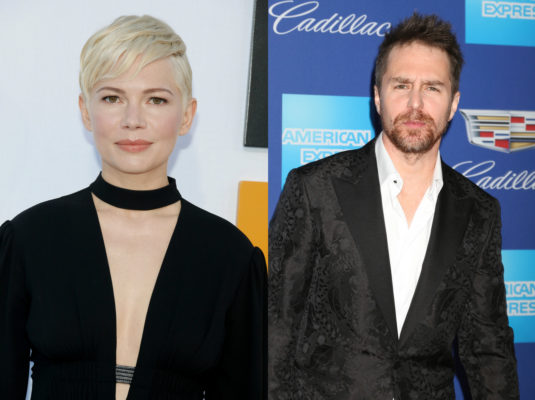 The limited series “tells the story of the singular romantic and creative partnership between Bob Fosse and Gwen Verdon.”  Producers include Thomas Kail, Steven Levenson, Lin-Manuel Miranda, and Joel Fields.

You can read more info from FX below:

“Fosse/Verdon” Revealed as Official Title of the Series

Based on Fosse, the biography written by Sam Wasson, this eight-part limited series tells the story of the singular romantic and creative partnership between Bob Fosse and Gwen Verdon. He was a visionary filmmaker and one of theater’s most influential choreographers and directors. She was the greatest Broadway dancer of all time. Together they changed the face of American entertainment – at a perilous cost. Featuring Fosse’s choreography, the series explores the hidden corners of show business, the price of pursuing greatness, and the suffering inflicted in the name of art.

Kail, Levenson, Miranda, Fields, Rockwell, Williams and George Stelzner are Executive Producers of the limited series that is produced by Fox 21 Television Studios and FX Productions.? Levenson, who will serve as showrunner, wrote the premiere episode which will be directed by Kail.? Actress, dancer and producer Nicole Fosse, and daughter of Fosse and Verdon, serves as Co-Executive Producer and oversees The Verdon Fosse Legacy. Co-Producer Andy Blankenbuehler is serving as a Choreographer, as is Susan Misner. Erica Kay serves as Producer.”

What do you think? Are you a fan of biopics? Will you watch Fosse/Verdon?