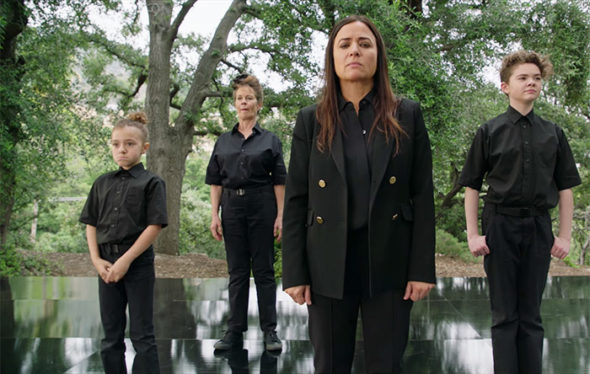 It’s a little surprising that FX has decided to renew Better Things. The show’s ratings weren’t high to begin with and have been slowly declining ever since. So far, season three is averaging a .13 rating in the 18-49 demo an only 363,000 viewers.

However, the network seems to have faith in the critically acclaimed series. FX announced season four will debut in 2020.

LOS ANGELES, March 26, 2019 – Better Things, the acclaimed and award-winning comedy series directed by, produced by and starring Pamela Adlon, has been renewed for a fourth season on FX, it was announced today by John Landgraf, Chairman of FX Networks and FX Productions. The fourth season will air on FX in 2020.

“With every season, Better Things becomes more vital, engaging and revelatory, cementing Pamela Adlon’s status as one of the most accomplished creative forces in television today,” said Landgraf. “Rarely has there been a show that is so personal and, at the same time, so thoroughly universal in the way it explores modern parenting, family and life. We are thrilled to extend the series for a fourth season and to continue this incredible partnership with Pamela, her creative team and the amazing cast of Better Things.”

Adlon added, “I am humbled, grateful and excited to tackle another season of stories and continue my creative partnership with my fearless FX team.”

Adlon serves as writer, executive producer, showrunner and directed all 12 episodes of the third season. Better Things is produced by FX Productions.

There are eight episodes remaining in season three airing Thursdays at 10 PM ET/PT through May 16th. In this week’s fifth episode “No Limit” (Airs March 28, 2019 at 10:00p ET/PT on FX), Sam unleashes. (Written by Pamela Adlon & Joe Hortua; directed by Pamela Adlon.)

Better Things ranks among the most critically acclaimed series on TV, with the third season scoring a perfect 100% on Rotten Tomatoes and a 94 on Metacritic.

Better Things is the story of Sam Fox (Pamela Adlon), a single mother and working actor with no filter, raising her three daughters, Max (Mikey Madison), Frankie (Hannah Alligood) and Duke (Olivia Edward) in Los Angeles. She also looks after her mother, Phil (Celia Imrie), an English expat with questionable faculties who lives across the street. Whether she’s struggling to keep her daughters close or trying to push one of them out of the nest, Sam approaches every challenge with fierce love, raw honesty and humor. At the end of the day, Sam’s just trying to earn a living, navigate her daughters’ changing lives, survive her family, have fun with a friend or two, and also – just maybe – squeeze in some private time.

In its first season, Better Things was one of seven entertainment programs to be honored with a Peabody Award. Additionally, in the first and second seasons, Pamela Adlon was nominated for an Emmy(R) Award for Outstanding Lead Actress in a Comedy Series. She was also nominated for a Golden Globe(R) Award for Best Performance by an Actress in a Television Series – Musical or Comedy in season two.

What do you think? Have you seen Better Things? Will you watch season four?

I am SOOOOOOOOOOOOOOOOOOO glad it is coming back! I LOVE this show! The best thing on TV. wish it were an hour. Wonder why all the main female characters have boy names?