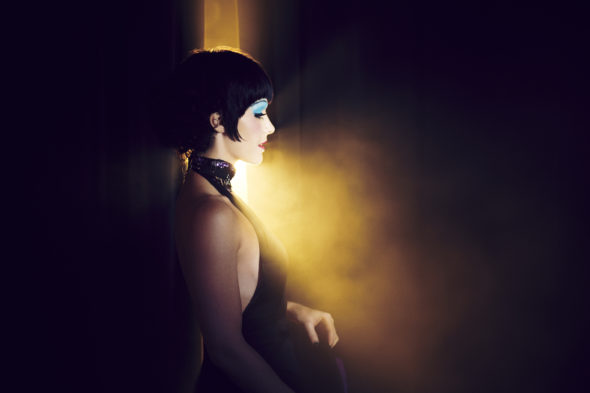 Is the spotlight off? Has the Fosse/Verdon TV show been cancelled or renewed for a second season on FX? The television vulture is watching all the latest cancellation and renewal news, so this page is the place to track the status of Fosse/Verdon season two. Bookmark it, or subscribe for the latest updates. Remember, the television vulture is watching your shows. Are you?

An FX drama, Fosse/Verdon stars Sam Rockwell, Michelle Williams, Norbert Leo Butz, Aya Cash, Nate Corddry, Evan Handler, and Margaret Qualley. Sam Wasson book, Fosse, the series centers on the professional and personal relationship between Broadway choreographer Bob Fosse (Rockwell) and star Gwen Verdon (Williams). Spanning five decades, it showcases the choreography and dancing that was the duo’s claim to fame, while telling the complicated love story with one another and with their art.

The first season of Fosse/Verdon averaged a 0.11 rating in the 18-49 demographic and 432,000 viewers. Find out how Fosse/Verdon stacks up against the other FX TV shows.

Will FX cancel or renew Fosse/Verdon for season two? The ratings are low and this feels like a one-and-done series anyway. I don’t think there will be a second season. I’ll update this page with breaking developments. Subscribe for free Fosse/Verdon cancellation or renewal alerts.

5/31/19 update: The series has come to a natural conclusion so, there won’t be a second season.

What do you think? Were you hoping that the Fosse/Verdon TV show would be renewed for a second season? Would you have watched the show if there had been more story to tell?

Love this show! Bring it back for more

Spoiler Alert: emm, why would they renew this? He died at the end & they highlighted what happened to the rest of the lives of the family members so there is no further story to tell. I did like the series, though.

Thanks for the heads up, haven’t caught up on the series yet.

Love Fosse/Verdon. Actors are awesome. Hope it comes back for season 2.