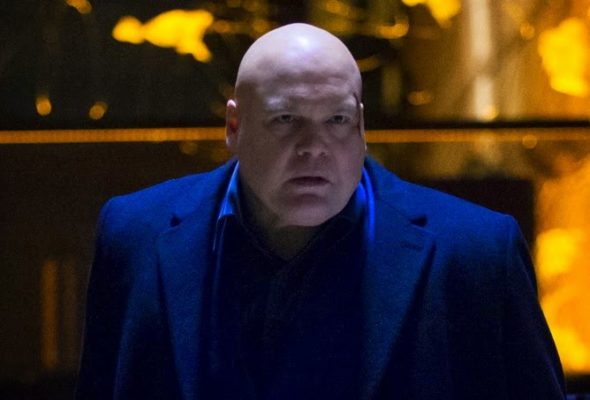 Are you a big fan of Marvel’s Daredevil? Recently, star Vincent D’Onofrio spoke with Digital Spy about the cancellation of the Netflix TV show.

In the interview, D’Onofrio revealed he was shocked to learn Netflix has cancelled not just Daredevil  but all their Marvel TV shows:

It was a bit shocking that [the Marvel shows] are all cancelled now. It is just weird. I feel very similar to the way all the fans feel. As an actor, I am already doing three different [new] series. So that is not a problem. …

But it was such a good, fun thing to do, especially because of the other people doing it with me.

The other actors, the directors, Jeff Loeb who runs TV over there, the writers, showrunners… everyone was so good, and so fun, and just good people. So it was a bit of a shocker. It is a big shame.”

And what are the chances of Daredevil returning for another season? D’Onofrio says he doesn’t think the series is gone for good:

What do you think? Were you shocked by Daredevil’s cancellation? Do you want another season?