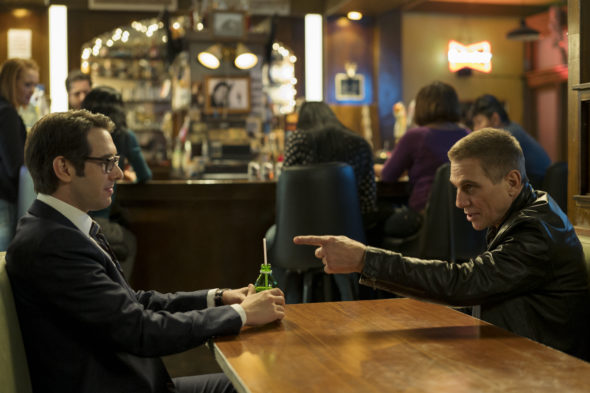 I am reading all the comments from folks over a 2-3 year period. We are your customers. Should you not listen to us? The Good Cop was a good show, a great show, a funny show in parts, but just great writing and great acting. The cast was perfect; I wouldn’t change anyone. I like Josh’s superior; I remember her from other police shows. She too is so believable. How can you be so wrong. Another Season Please.

Why are the great shows cancelled and the others, barely tolerable, renewed? As a Netflix user I am disappointed in whomever made the decision not to renew. This show kept my attention for three days and made me watch it even if I could only do so for 15 minutes. Shame on you.

It is not too late, bring The Good Cop back to your network.

I discovered this show last night and finished all 10 episodes today. I thought for sure there would be more than one season!!!! Sooo disappointed. Such a fun show!

Don’t know why it was canceled! My hisband and I loved and were said there were know more episodes after 10!!! Why??

Renew the show. Just found it and have been playing episodes all afternoon. Clean fun and I think Josh does a good job.

When will the next Series be,
loved it , good fun .