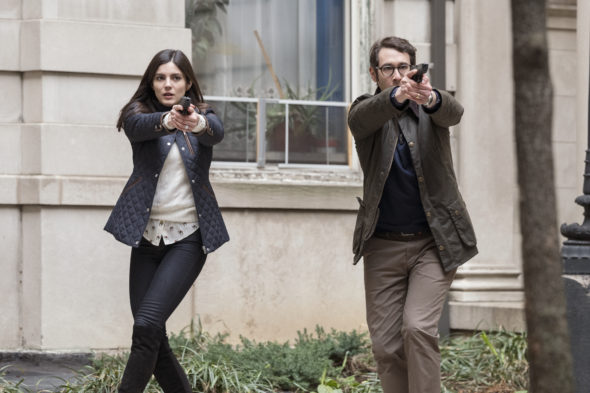 What does the future hold for Big Tony and TJ? Has The Good Cop TV show been cancelled or renewed for a second season on Netflix? The television vulture is watching all the latest TV cancellation and renewal news, so this page is the place to track the status of The Good Cop, season two. Bookmark it, or subscribe for the latest updates. Remember, the television vulture is watching your shows. Are you?

Unless they decide to publicize viewership, it is difficult to predict whether Netflix will cancel or renew The Good Cop for season two. For now, I’ll keep an eye on the trades and press releases and update this page with breaking developments. Subscribe for free The Good Cop cancellation or renewal alerts.

11/13/18 update: Netflix has cancelled The Good Cop after one season. Details here.


What do you think? Were you hoping that The Good Cop TV show would be renewed for season two? Are you sorry that Netflix cancelled this TV series, instead?

I found the show entertaining. With several stories intertwined, glues you to show. Writers for this show were outstanding. Also, you cannot leave the audience with no closure. Maybe resolving the murder of his wife, could be redeeming gesture for Big Tony.

Finally a good show and they cancel it? That’s ridiculous.
Tony Danza was outstanding. All actors were good. writing was good. I think Netflix has been listening to the wrong people. Or something political going on behind the scenes.