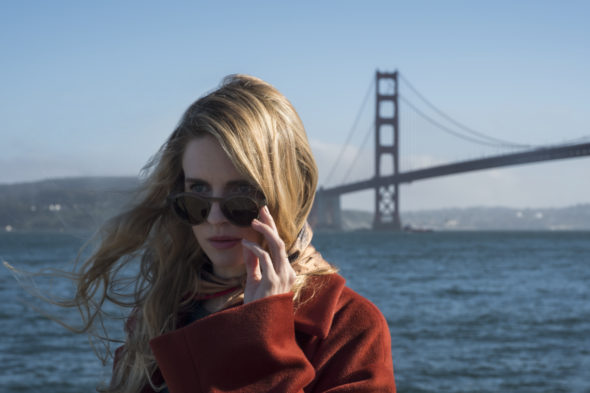 A Netflix sci-fi mystery, The OA stars Brit Marling, Emory Cohen, Scott Wilson, Phyllis Smith, Alice Krige, Patrick Gibson, Brendan Meyer, Brandon Perea, Ian Alexander, and Jason Isaacs. The story centers on Prairie Johnson (Marling), an adopted young woman who is blind when she goes missing, but returns years later, with her vision restored. Although she won’t reveal what happened to her family and law enforcement, she now refers to herself as “The OA.” She assembles a team, tells them her tale, and says there are others they need to help. In the second season, OA navigates a new dimension, in which she had a completely different life as a Russian heiress.

Unless they decide to publicize viewership, it is difficult to predict whether Netflix will cancel or renew The OA for season three. For now, I’ll keep an eye on the trades and press releases and update this page with breaking developments. Subscribe for free alerts on The OA cancellation or renewal news.

8/5/19 update: Netflix has cancelled The OA so there won’t be a third season.

What do you think? Were you hoping that The OA TV show would be renewed for a third season? Are you sorry that Netflix cancelled this TV series, instead?

Netflix or another network like Amazon need to renew The OA for Season 3. This show is like no other. It would be incredibly beneficial for whoever renews it as well.

Please please bring our dear, Brit in the OA back for the rest of the series. Please.

Unbelieveable that Netflix would cancel such a gripping, well-written and unique show. What are we paying for?????

I have so much to say that my phone just crashed when i was typing it all so im going to shorted it! As a new customer who just renewed just so i could finish watching the 2nd season of oa only to be left with a cliff hanger that led me to search when the next seson will come out only to find you have canceled it makes me more than dissatisfied and disappointed! You have shows like supernatural that are on its 17th season and gets so drug out your over it by season 9 then you have… Read more »