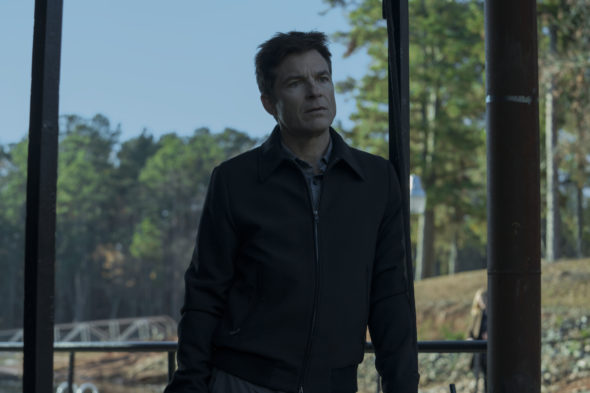 What’s in store for Wendy and Marty Byrde? Is the Ozark TV show cancelled or renewed for a third season on Netflix? The television vulture is watching all the latest TV cancellation and renewal news, so this page is the place to track the status of Ozark, season three. Bookmark it, or subscribe for the latest updates. Remember, the television vulture is watching your shows. Are you?

Unless they decide to publicize viewership, it is difficult to predict whether Netflix will cancel or renew Ozark for season three. The first season was well received by critics and garnered five Emmy nominations, including one for Bateman as lead actor, so the series seems to have some legs. For now, I’ll keep an eye on the trades and press releases and update this page with breaking developments. Subscribe for free alerts on any Ozark cancellation or renewal news.

10/10/2018 Status Update: Ozark has been renewed for season three on Netflix. Details here.

What do you think? Are you happy Netflix has renewed the Ozark TV series for a third season? How long would you like to see this crime drama run?

Love this show, waiting for season 4!!!

Love this show. Can’t wait till season 4. Watched all of season 3 in 2 days. Left me and my wife wanting more.

My favorite streaming show BY FAR!!

I just wanted to know if the show was cancelled. Especially since I’ve been waiting on the next season, but have seen several cast members in feature rolls on amazing new shows. Julia Garner on Dirty John. (Where she is AWESOME) I just wanna know of its coming back. Is it???

Cant wait, its been awesome

Love it renew for 3rd season.

It’s hard for me to sit and watch TV but that all changed when I was told about Ozarks! It’s absolutely captivating!! Has has to be renewed for the 3rd!!!! Amazing show!!

Love love love this show!! Please renew for a third season!! So much left to explain!!! Pleaseee!!

Ozark is best show ever please bring it back for season 3. Ihave already watched 9 episodes of season 2

Renew it for Season 3!! Great show! Sooo many twists.