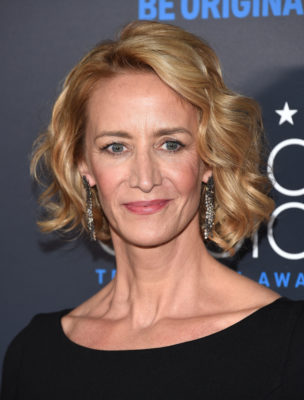 Janet McTeer is staying on Netflix. According to The Hollywood Reporter, the Jessica Jones star has joined season two of Ozark.

The drama stars Jason Bateman as a Chicago financial advisor who has been quietly laundering money for a drug kingpin and must quickly uproot his family and move the operation to The Ozarks after his partner is caught cheating the business. The cast also includes Laura Linney, Sofia Hublitz, Skylar Gaertner, Julia Garner, Jordana Spiro, Jason Butler Harner, Esai Morales, Peter Mullan and Lisa Emery.

On Ozark, McTeer will be playing “a Chicago-based attorney who has links to the cartel. In making a deal with the devil, she becomes a potential threat to the Byrdes.”

Netflix has not yet announced a premiere date for season two of Ozark.

I thought that I can keep awake a serial us . The second season i hope to be the same as

I love this show,yes I will b watching the new season & seasons

Looking forward to season 2 of Ozark! Trying to come up with a possible way for the saga to continue. Season 1 seem to be an end to the story…………

No, it didn’t. What are you talking about?