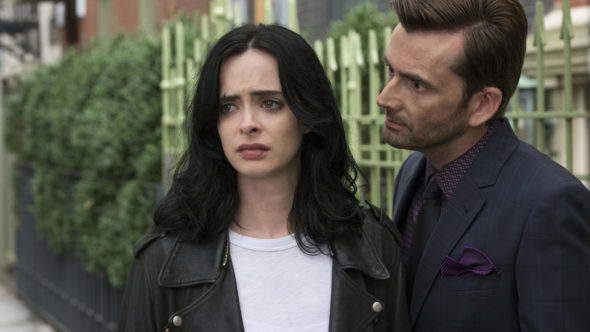 It looks like Marvel’s Jessica Jones is coming to an end. Deadline reports Netflix has cancelled the TV show ahead of its upcoming third season.

Netflix did not release a reason for cancelling Marvel’s Jessica Jones, but the streaming service did also cancel Marvel’s The Punisher so it seems the partnership is ending.

See Krysten Ritter’s post from the final table read below:

What do you think? Are you a fan of Marvel’s Jessica Jones? Would you have watched a fourth season?

if there were a season 4 if would watch it; im a marvel fan

Hell yes. Damn after I watch season three, I may cancel netflix. I ll watch the Green Hornet TV show on Youtube instead.

Right there with you on canceling Netflix after Jessica Jones ends. It’s the best show.

i kept Netflix for those marvel shows now i don,t know if i wil keep netflix