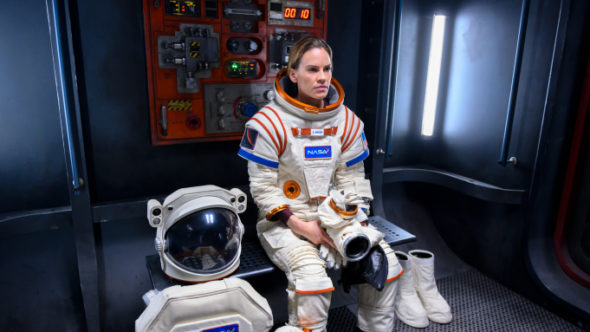 The Away mission has been grounded. Netflix has cancelled the astronaut drama series so, there won’t be a second season. The show stars Hilary Swank, Josh Charles, Talitha Bateman, Vivan Wu, Mark Ivanir, Ato Essandoh, and Ray Panthaki.

Created by Andrew Hinderaker, Away is set in the near future and revolves around a manned spacecraft being sent to Mars. For the high-stakes mission, a crew of elite astronauts is assembled from around the globe, coming from the United States, Russia, China, India, and Great Britain. If the mission goes as planned, they’ll be away from their home and loved ones for three years. During this time, their relationships both on Earth and in space will be tested, as they struggle to stay alive and stay on track in pursuit of humanity’s most important goal.

The first season of 10 episodes was released on September 4th. The series was reportedly one of Netflix’s most-watched series for much of September. Apparently, that viewership wasn’t good enough, when weighed against production costs, for the streamer to issue a renewal.

What do you think? Did you like the Away TV show? Would you have watched a second season of this space drama series?

Absolutely LOVED this show. Would definitely watch a Season 2. Hope they bring it back.

Loved this series. Binge watched in one day. Rest of my family binged it on my suggestion. Was waiting for the season 2

Loved it!! Please bring it back!!

Loved it. Would definitely watch more.