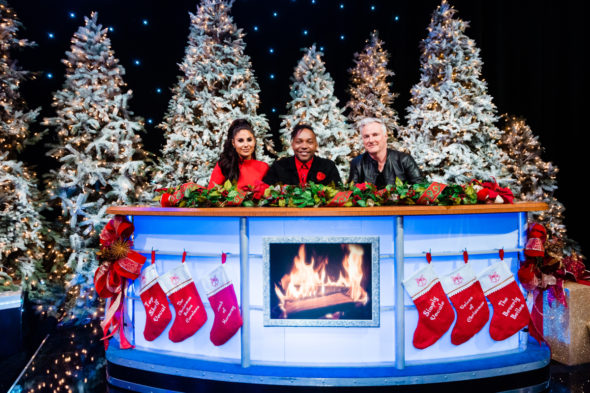 The CW has introduced a new holiday-themed series. Will it be successful enough in the ratings to become a yearly tradition? Will The Christmas Caroler Challenge be cancelled or renewed for season two? Stay tuned. *Status update below.

A competition TV series, The Christmas Caroler Challenge is hosted by Dean Cain and Laura McKenzie. Performance groups are judged by Garry Beers, Brandon Rogers, and Mikalah Gordon. In the show, a dozen extraordinary Christmas caroling groups — each with their own stylized brand of performance — perform and celebrate the great Christmas music that we’ve all come to love. Viewers meet these groups from elaborate ultra-traditional virtuoso performances to those with unexpected twists on the classic Christmas carols.

What do you think? Do you like The Christmas Caroler Challenge TV series on The CW? Should it be cancelled or renewed for a second season?

*10/20/20 update: The Christmas Caroler Challenge has been renewed for a second season.

My wife and I just happened to turn it on and I have zero idea of what it’s supposed to be. There is no audience. There’s no way to know how the scoring is figured and I have no idea who the judges are. I do know that all of the judges lack any type of personality and didn’t make me want to go back to the show after the commercials. I won’t be watching this next year