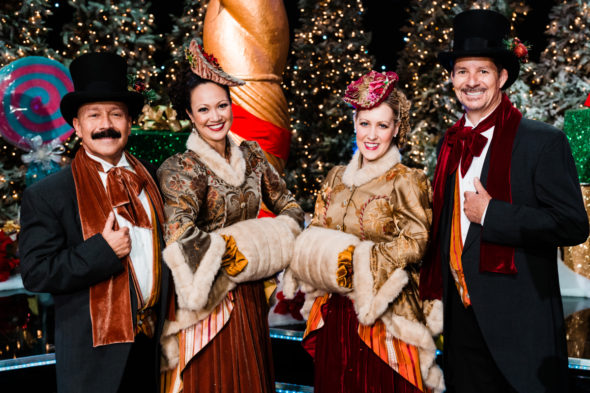 A competition TV series on The CW, The Christmas Caroler Challenge is hosted by Dean Cain and Laura McKenzie. Performance groups are judged by Garry Beers, Brandon Rogers, and Mikalah Gordon. In the show, a dozen extraordinary Christmas caroling groups — each with their own stylized brand of performance — perform and celebrate the great Christmas music that we’ve all come to love. Viewers meet these groups from elaborate ultra-traditional virtuoso performances to those with unexpected twists on the classic Christmas carols.

*10/20/20 update: The Christmas Caroler Challenge has been renewed for a second season.

My wife and I recorded all the episodes of the Christmas Caroler Challenge not only because of live sports but getting us together at show time didn’t workout. Having ssid that we loved the show and thoroughly enjoyed watching every episode. Think hard before not letting this becoming a Christmas tradition.

I came across it as I was channel surfing. I thought it was very well done and the contestants were very talented. They really should advertise it more next year, I believe they could attract a larger audience.

I didn’t even know this existed until I happened to surf to it on the 23rd. I was the semi-finals and finale. It was good…I just wish I had known.

Good concept. Quite well done for the first season. Need to know how to audition or suggest groups to compete. A few tweaks could make this a Christmas must along side of Great Christmas Light Fight.