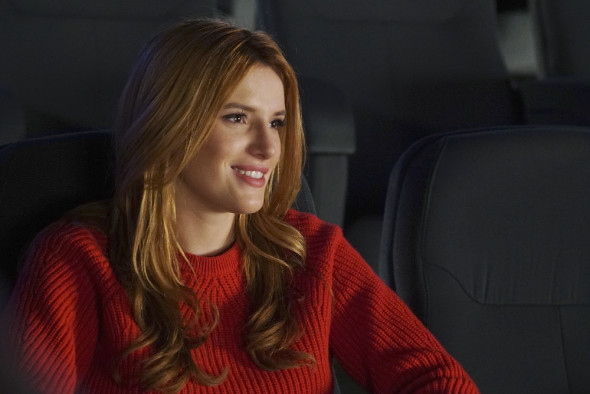 Famous in Love will be back just in time for spring. This week, Freeform announced season two will debut in April.

Season two of Famous in Love premieres on Freeform on April 4th.

Based on the novel by Rebecca Serle published by Little, Brown and Company, “Famous In Love” follows ordinary college student Paige (Bella Thorne), who got her big break after auditioning for the starring role in a Hollywood blockbuster, and her friends and co-stars as they try to navigate the bumpy waters of stardom and fame. With all of the drama on and off-camera, it begs the question: does getting everything you want mean losing everything you have? “Famous In Love” stars Bella Thorne (“The DUFF”), Carter Jenkins (“The Following”), Charlie DePew (“The Amazing Spiderman”), Georgie Flores (“CSI”), Niki Koss (“My Stepdaughter”), Pepi Sonuga (“The Fosters”), Keith Powers (“Straight Outta Compton”) and Perrey Reeves (“Entourage”). I. Marlene King (“Pretty Little Liars”) and Melissa Carter (“Queen Sugar,” “Mistresses”) are showrunners of the series and serve as executive producers along with Miguel Arteta (“Getting On”), Dan Farah (“Ready Player One”), Bryan Holdman (“Pretty Little Liars”) and Rebecca Serle (novels “Famous in Love,” “Truly Madly Famously”). The series was co-developed by I. Marlene King and Rebecca Serle and is produced by Long Lake Media, Farah Films and Carmina Productions, Inc. in association with Warner Horizon Scripted Television.”

What do you think? Have you seen Famous in Love? Will you watch season two?

This is my favorite show on Freeform Now! Can’t wait for Season 2!

I can’t wait for it come on so good miss watch it wait whole year for it.