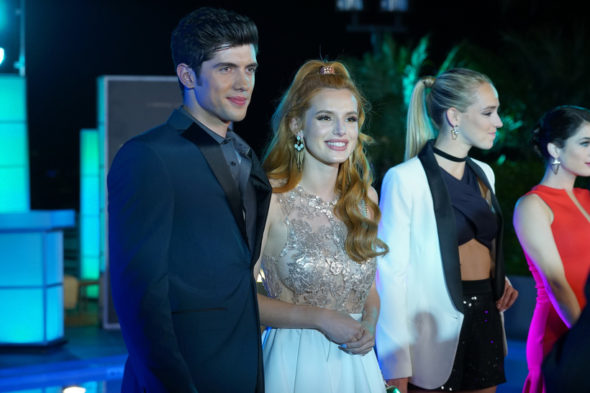 As reported earlier, Famous in Love suffered from low ratings, especially during its most recent season. Overall, season two averaged a .10 rating in the 18-49 demo and only 254,000 viewers. That’s a near 25% drop in the ratings from season one.

We are proud to have had the opportunity to air Famous In Love. After many discussions we have made the difficult decision not to renew the show for a third season. We want to thank our colleagues at Warner Horizon and our incredible producers, writers, cast and crew, especially Marlene King, for their creativity, hard work and dedication.”

What do you think? Have you seen Famous in Love? Would you have watched a third season?

I love Famous in Love. Wish they weren’t canceling it.

I have been waiting for season 3!! Bummed that it’s cancelled 🙁

I would have loved a third season!!! I loved it and I need to know what happens next!

I hope they renew it somewhere else. this was my favorite show and I would love to see what happens next!

It’s sad that Famous in Love is cancelled. I was looking forward to season 3. I love this show.

I loved this show! Can’t believe they cancelled it! Can’t they take the show to a different network?

Why does Freeform keep canceling all these good shows like Baby Daddy, Young and Hungry, and now Famous in Love!! It makes it to where I don’t want to get hooked on a show that’s airing on Freeform because it gets cancelled fast! Well now the only show left that I’m hooked on is Grownish. Hopefully they don’t cancel that show anytime soon!

How you going to cancel famous in love. I was hoping for a third season. I love this show I hate that they cancelled it. I am so mad. I wish you guys could renew for one more season.