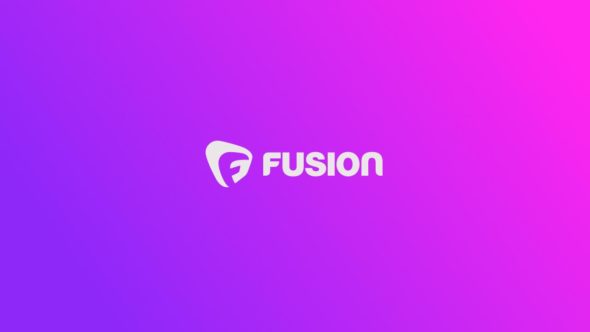 Get ready to go behind the scenes of the food industry with a brand-new series titled Food Exposed. Nelufar Hedayat will host this new series coming soon.

Fusion revealed more about this new series in a press release. Check that out below.

“It’s no surprise that Instagram posts of beautiful meals and reviews of the world’s best restaurants have become an increasingly popular means of self-expression. But the beauty of that plated perfection is in complete contrast to the scary truths behind the global food industry–an industry that is uncovered in Food Exposed with Nelufar Hedayat, FUSION’S new eight-part docuseries premiering Tuesday, March 27 @ 8PM ET/PT.  Find out where to watch here.

In this eye-opening series, Hedayat, an award-winning journalist, pulls the curtain back on what we don’t know about the water we drink or the food we eat. She examines the origin stories of our favorite ingredients and the regulations (or lack thereof) that drive our global food chain. It’s a big business shaped by our appetites in a very literal sense.

Trekking over 175,000 miles as part of the investigation, Nelufar tackles the subject matter first hand–dumpster diving in New York’s Greenwich Village to illustrate the scale of food waste; traveling to the Artic Circle’s Global Seed Vault to explore why traditional crops are being abandoned in favor of GMOs; visiting an Indian tribe nestled below California’s iconic Mount Shasta where water diversion schemes are threatening people’s very way of life; and sees residents near Central America’s largest rubbish dump as they are forced to scavenge food in order to survive. In West Africa, Nel heads out with Whale Wars activists to see how locals are priced out of their own food by those operating outside the law; she meets with local US farmers who can no longer  compete in a dairy industry where best practices includes dumping 43 million pounds of fluid milk in manure pits and rivers in 2016; she travels to the Hudson Valley where a power plant’s environmental impact has residents concerned and fighting back; and in North Carolina, Nel looks at the state’s growing hog population – where animals are forced to live in filthy and often times disease-ridden conditions and investigates how these businesses are impacting both the environment and the local community. Throughout her journey, Nel is joined by outspoken celebrity activists including Nicole Richie, James Cromwell (The Young Pope), Jordana Brewster (Fast & Furious ), recording artist Moby, Dominic Monaghan (LOST, Lord of the Rings), Amy Smart and Oscar winner Jeremy Irons as they voice their concerns about corruption, environmental destruction and collusion between governments and big business.

“In consumerist culture you need to consume, and you need to do it again and again. And what isn’t consumed is left to waste and to rot,” says Hedayat. “I’m lost, sad and quite angry there may never be an end to this because it’s built into how we live.”

In revealing the true cost of food to people, animals and the planet, this ambitious and sometimes shocking docuseries explores the future of food, how we’re going to feed our rapidly expanding population and gives a platform to the voiceless who are doing what they can to make a difference to future generations.

Covering topics such as fish, dairy, water, GMOs, superfoods, palm oil and pork, the first episode of Food Exposed tackles “Waste.” Nelufar travels to the U.S. where nearly a quarter of food is thrown in the trash and a shocking 40 percent is wasted overall—this while nearly 50 million Americans struggle with hunger. In fact, just 15 percent of the annual food waste in America could feed 25 million people, according to the Natural Resources Defense Council.

In the premiere  episode, Nel joins freegans on a New York Trash Tour – an event that highlights how much food is being dumped by retail establishments every single day. In trash bins across Greenwich Village, Nelufar pulls out perfectly good albeit slightly blemished produce, frozen foods, astonishing amounts of unopened and edible sushi, bags full of baked goods, and smoothies still frozen, all moments away from a future in a local landfill. And she speaks to a mother who confesses how much of the produce she buys at the local farmers market gets tossed, week in and week out.

In Los Angeles, Nelufar meets up with an environmental organization, Feedback, and actor/activist Nicole Richie, to participate in a Feeding the 5000 event in LA’s Pershing Square. Here, volunteers cook up a feast made entirely from food that otherwise would have gone to waste. And thousands of miles away in Guatemala, Nel learns of the tragic reality that while some are surviving by scavenging food from Central America’s largest trash dump, farmers just 50 miles away are rejecting almost half their produce because it fails to meet the West’s stringent cosmetic standards.

I watch Food Expsed every week and wait for the next episode learning something valuable each show.