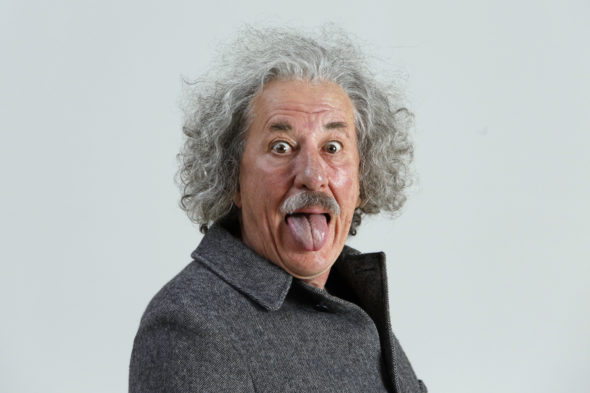 TV show description:
A scripted anthology series, each season of Genius tells the “untold” stories about the most intelligent and inventive innovators in the world.

The first season of Genius centers on scientist Albert Einstein and is a TV show adaptation of the book, Einstein: His Life and Universe, by Walter Isaacson. Johnny Flynn plays Einstein in his younger days, with Geoffrey Rush assuming the role in the German-born physicist’s later years.

Genius, season one, explores how Einstein became a worldwide icon and developed the theory of relativity. The TV series features his incredible professional accomplishment. In addition, it delves into his passionate, complicated, and sometimes explosive private life.

Genius kicks off when Einstein (Flynn), as a teen, defies is father and drops out of school in Germany, to attend university in Switzerland. Young Albert then disappoints first love, Marie Winteler (Tarbet), to woo physics student Mileva Marić (Colley).

When Mileva gets pregnant, the couple has to set aside their lofty aspirations. On the advice of his friend Michele Besso (Gabel), Albert takes a job a lowly patent clerk.

Still seeking scientific success, he manages to publish five papers in a single year. This accomplishment draws a lot of attention to Einstein, particularly from Dr. Philipp Lenard (McElhatton), who will become his professional rival.

As WWI approaches, Albert and Mileva’s marriage is falling apart. He eventually embarks upon an affair with Elsa Einstein Löwenthal, his first cousin, who would go on to become his second wife.

The first installment of Genius takes place amidst the global upheaval during World War I and World War II and will introduce the subject for the show’s second season. As anti-Semitism crests in Europe, and atomic weapons threaten the survival of mankind, the principled Einstein’s life is at risk, even as he struggles as a husband and a father.

What do you think? Do you like the Genius TV show? Do you think it should be cancelled or renewed for another season?

My husband and I are like little kids (we’re in our 70’s), waiting for this show every week. It seems it is always over too soon. I have no idea what you could do with another season, but we’d sure love to see it!

We have been enjoying this show very much indeed! I certainly hope it will be renewed for a second season!

I have looked forward to each episode of this series. I admire Einstein for his enormous creativity and bold thinking, but am dismayed at his shabby treatment of Mileva, who I am sure was the major contributor to his work. Her obvious unhappiness was likely caused by his cavalier treatment and disregard for her feelings.

I absolutely love this show. It is fascinating to see this famous historical giant of science fleshed out with an appreciation for his genius as well as his foibles. His quirkiness and passion are riveting to watch, along with the second theme of unrequited genius in his frustrated wife Mileva. Her story is as fascinating as his. I love the historical context of this program, the rigid role of woman in that age, the frustration of this brilliant woman, who Einstein loved for her mind, but relegated to an appendage status to take care of his more mundane needs, never… Read more »

I am loving this series and learning new things about Einstein at the same time, I hope it continues for another season

I love the show. I have always been fascinated about Einstein and what a true genius and do with his intellect.

Great series. Beautifully written, directed and acted from all characters.

Great teamwork from Howard and Glazer.

I love series and wish it could continue

I didn’t know Einstein was such a stud. The first episode of GENIUS opens with a bang: extramarital sex against the blackboard in Einstein’s home office. This show is clearly not intended for families with children in Junior High School.

Oh my lord…!!! You really are a prude if i ever saw one. If anything people should be doing just the OPPOSITE of what your saying. And that is educating there kids about our world’s history. And the people that shaped the world we all live in. I’m quite sure junior high school kids understand the “complexity” of extramarital sex more then you give them credit for. Plus, there was ABSOLUTELY nothing in this entire TV series that was “unacceptable” for kids to watch. So get off your high horse and stop holding back kids wanting to learn about such… Read more »