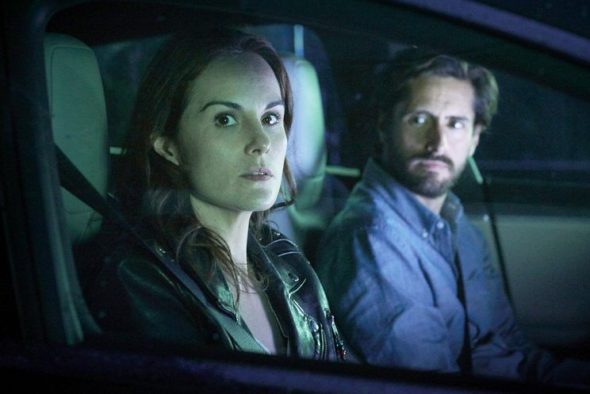 I’m hooked on this series– and it’s not just the two captivating leads. Everyone of the supporting cast is too notch. It’s like watching a great British series, or Ray Donovan, or House of Cards– the writing, directing and acting are the best. So glad it was renewed

I love this show, I watched it twice. I want more and more of it!!

Let’s not doubt that the ONLY reason this show has gotten a season 2 is that it is a Reilly pet project cuz it sure the heck isn’t the ratings…demo or otherwise! Meanwhile, we still wait for a Major Crimes renewal.

Michelle Dockery aka “Lady Mary” and now “Letty Raines” is fantastic in this role!! Add in Juan Diego and we have an awesome pairing.
VERY glad to hear we will have season 2 🙂

I love this show ! I am so happy that it has been renewed. I think more folks would view it if there was better hype or advertising! Actors and writing staff are EXCELLENT! Even my husband loves to watch it.
We are 65 and 68 years old so it does or will draw and older audiences because of the great acting and story lines !

I am more than happy that this show got renewed! I have not seen a show this great in a long time! I am so thankful it came on TV! I cannot wait for more #GoodBehavior!

I am more than happy that it is renewed! This show is the best i have seen in a long while! Thank God it happened and i cannot wait for more #GoodBehavior!

I am thrilled about season 2. God decision. Can’t wait.

So so glad..best show on tv…im very happy its back for many more seasons i hope

My husband and I are glad it is being renewed. Thank you!

So very happy Good Behavior is coming back. The best show on TV. Can’t wait to tell all my friends. We are all loving this show!!!

I absolutely love Good Behavior. I have been hoping that it would be renewed.I think the cast Chemistry is Amazing.. I did think that the Finale did not live up to the season. Also you need to get the stars out and be seen on various talk shows. There definitely would be more viewers it the show had some publicity.

I absolutely love Good Behavior. That last 5 minutes of the season finale was awesome!

love the show! So glad we get to see what’s next for them as they left town together!