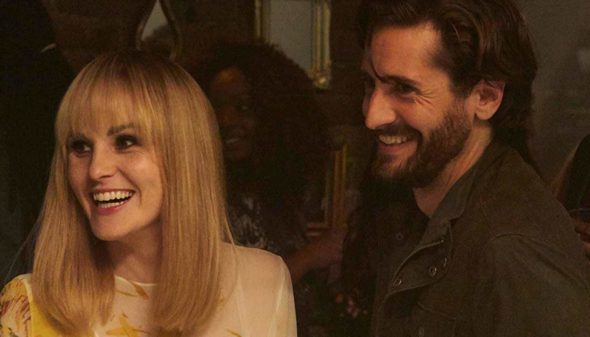 There won’t be a third season of cable’s Good Behavior TV show. The con artist drama series has been cancelled after two seasons.

The series debuted in November 2016 and aired regularly on Tuesday nights. In the ratings, the first season’s 10 episodes averaged a 0.19 rating in the 18-49 demographic with 742,000 viewers. Despite the fact that the Good Behavior TV show had some of the lowest ratings of any original scripted drama on TNT, this seductive thriller was renewed for a second season.

The cable channel opted to air the second season on Sunday nights and the ratings didn’t improve. Season two averaged a 0.16 demo rating with 595,000 viewers. That was down by 15% and 20% when compared to season one.

The second season finished airing in December 2017 and TNT has confirmed that will be the end of the series.

What do you think? Do you like the Good Behavior TV show? Do you think it should have been cancelled or, renewed for a third season?

This was such a good show! Why are all the good shows pulled and far less interesting shows allowed to continue? I would REALLY like to know the details about what brought about this show’s cancellation. This was a terrible call, TNT. Bring GOOD BEHAVIOR back.

It definitely should continue a lot of people watch reality shows, but their is an audience for good behavior. As long as the ratings are above 400,000 the show should continue.

Found this show and loved it. Binged watched it and now it’s cancelled? Very disappointed.

No more TN for me! Good Behavior was the only show I watch on that station.

God! That’s not fair! It’s one of my most favorite show on TV. They should make another season, I’m sure it’ll be a success. It was kind of a unique tv show. They can’t just leave the story like this! I wanna know what will happen to Teo! Gosh! That’s really not fair!

I love ❤️ the show, someone really smart pick it up please!!

I absolutely loved this show and I agree with other comments it was not advertised like it should have been. It would be nice if #Netflix would pick it up.

This was the only TNT show I have watched since The Closer. Great acting, great scripts. Great story. Please bring it BACK!

Please bring it back .

Sooooo so sorry that this one got canceled… and they left us all hanging with the last episode.
It’s not too late to bring it back though….. What an excellent show.

I feel you didn’t give people enough advertisements of the show I just happened to stubble a pond it and fell in love. I think this show could have been just as big as star and empire that is advertising every 5 mins. This show was my favorite. it was different then the same oh singing shows or soap shows. I think if people knew the show existed the ratings would have went through the roof

Bring it back. Talk to Ted Turner! This is a terrific show. Very different. Interesting themes. Runs the spectrum from very sad to very funny. Excellent cast. Great writing. A very fabulous leading lady who looks beautiful in whatever she wears. A handsome and talented leading man. Great supporting cast. Definitely. Bring it back!

HOW COULD THEY CANCEL THIS SHOW? THEY LEFT US HANGING, NOT KNOWING WHAT HAPPENED . I LOOKED FORWARD TO WATCHING THIS EVERY WEEK, VERY DISAPPOINTED TNT!!!!

My wife an I really loved the show, was very disappointed in TNT CANCELING IT….

I am so disappointed that this show ended. It was my favorite. It wasn’t a typical show that’s what made it so great.