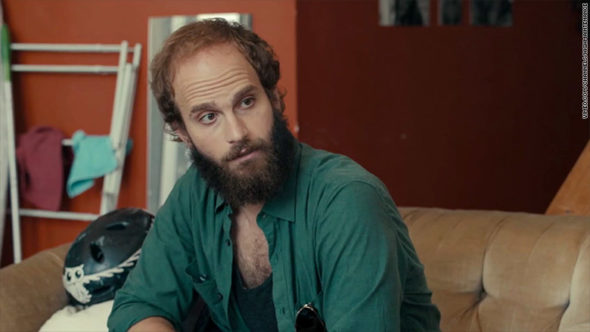 Providing a peek into the cramped apartments, grinding routines and urban neuroses of New Yorkers, the hit comedy HIGH MAINTENANCE kicks off its ten-episode second season FRIDAY, JAN. 19 (11:00-11:30 p.m. ET/PT), exclusively on HBO. Ben Sinclair returns as The Guy, a bearded, pot-dealing deliveryman whose growing clientele is keeping him busier than ever.

Introducing new customers and revisiting familiar ones, the second season of HIGH MAINTENANCE weaves together a labyrinth of humor, poignant observations and heartfelt moments in stories that explore the lives of intriguing and colorful individuals from all walks of life. Created by Katja Blichfeld (Emmy(R)-winning casting director of “30 Rock”) and Ben Sinclair (“Home Again,” “Sisters”), HIGH MAINTENANCE is executive produced by Katja Blichfeld, Ben Sinclair and Russell Gregory.

A comedy of human interaction, the new season of HIGH MAINTENANCE delves deeper into the contemporary anxieties New Yorkers are experiencing, from political tension to soaring real estate prices, while emphasizing the importance of savoring the highs of life in this increasingly volatile world. Pulling back the curtain on The Guy’s personal life, the second season reveals a few more people and details of what happens when he’s not on the clock.

The Guy (Ben Sinclair) has a busier-than-usual day as New Yorkers react to world-changing news. The morning after a hookup, carefree hotel guests spend an indulgent day, unaware of what’s going on outside their door. With the world around him in disarray, a client’s roommate (Joshua Schubart) struggles to maintain his commitment to losing weight.

Written and directed by Katja Blichfeld and Ben Sinclair.

An industrious Brooklyn realtor (Danielle Brooks) endeavors to hustle her way to a new home. After winning an affordable-housing lottery, Candace (Candace Thompson) and John (John E. Peery) face culture shock and notice a class divide when they move into their new apartment. The Guy (Ben Sinclair) considers his living situation.

An ex-Hasidic man (Luzer Twersky) explores the world outside his sect as he connects with a writer who may have ulterior motives. A nightclub performer’s (Darrell Thorne) night out takes an unexpected turn. The Guy (Ben Sinclair) bonds with a driver (Abdullah Saeed) when he finds himself in need of a lift.

The Guy (Ben Sinclair) tries to de-stress when he ends up in an uncomfortable situation. A freelance brand strategist (Kate Lyn Sheil) struggling with her latest assignment embarks on a desperate search for a weed fix.

Debuting on HBO in 2016, the six-episode first season of HIGH MAINTENANCE was hailed by the Wall Street Journal as being “wry, smart [and] culturally immediate” while the San Francisco Chronicle praised it for being “beautifully written, directed and performed.” The New Yorker celebrated its “clever glimpse [into] New Yorkers’ humanity” and the New York Times described the show as “a high-class documentary, with a hypnotic electronic score and a love of brief, beautifully composed still shots.” The show’s first season was named to numerous “best of” lists, including those of the New York Times, the Atlantic, Esquire and Slate.

The original 19-episode web series of the same name, which preceded the HBO series and debuted on Vimeo, earned Blichfeld and Sinclair a Writer’s Guild of America Award and was hailed as “wryly funny” by Entertainment Weekly and “fantastic and gemlike” by Time, while the New Yorker called it “luxurious and twisty and humane.” The 19 webisodes are currently available on HBO NOW and HBO GO.

What do you think? Have you seen High Maintenance? Will you watch season two?