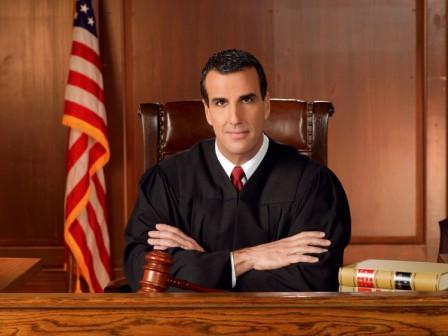 Long-running syndicated court show Judge Alex has been cancelled. The cancellation was confirmed by Stephen Brown, executive VP of programming and development for the Fox Television Stations.

“We would like to thank Alex Ferrer as well as executive producer Kathy Sapp and the entire staff for producing a strong daytime court program,” said Brown in a statement. “Alex’s extensive police, legal and judicial experience combined with his great sense of humor made for compelling daytime television for nearly 10 years.”

Judge Alex debuted on September 12, 2005 and features cases that are presided over by Judge Alex E. Ferrer, a former police officer, lawyer, and Florida judge.

The series is the lowest-rated of the five remaining court shows and will continue airing original episodes through August.

In a statement on his Facebook page, Ferrer said, “It was not my decision to end the show. I enjoyed doing the show and would keep doing it but, for many reasons, the company that produces the show wanted to move on. I am grateful that I was able to work with really amazing people like my EP Kathy Sapp and Associate EP’s Tera Roberson and James Glover; Directors Eddie October, Michael Dimitch and Art Bergel; Bailiffs Mason Burroughs & Victor Simon, my makeup, hair and wardrobe help that changed me from hideous to tolerable; incredible producers and associate producers who found great cases for me to try and so many others in our 100 person staff and crew who made the show a success. I’m also grateful to have so many great fans and friends, many of whom I got to meet; and I’m sure that I’ll still get to meet more of you at other events.”

He also hinted that he may return to television at some point in the future.

What do you think? Did you like Judge Alex? Are you sorry that it’s been cancelled?

Judge Alex was the best. I watched him everyday now I don’t remember the last judge show i saw. Really wish he would come back on!

I loved Judge Alex. I heard that a Court TV is starting soon. I hope it is him.

I just realized that court TV is reality TV. In general I don’t care for reality TV, but I do enjoy court TV and Judge Alex was one of my favorites. I don’t get to watch TV during the day, but I hope Alex comes back in something sometime soon. In view of his considerable background, has he considered dramatic acting? Just a thought – I know, he probably considers that ridiculous. Anyway, I really liked his style of justice.

I love to watch the judge programs. My most favorite was Judge Alex. It wasn’t just because he was so handsome, but he was fair, respectful, calm, funny, entertaining, brilliant, his judgement was amazing, and he was definitely not degrading. I miss him, 5p4zI miss his show, and I do hope that he comes back at some point; the sooner the better❤️

Judge Alex was one of the best court room TV shows on television, fox is just a bunch of jerks first they canceled the cops, then they canceled America’s most wanted, and now they have a bunch a realty junk that nobody likes, hopefully another network picks up Judge Alex

ITS ABOUT TIME THAT A PROGRAM LIKE THIS HAS SURFACE.
I am a real estate broker since the last 70’s and the the things I am seeing now, it won’t take long until you have a lot of stories .

I got into a truck accident, and I can’t believe how all these attorneys and doctors are conspiring against the the plaintiffs and the defendants.
And all the barratry going on, and the public has no idea what is going on.

I am fixing to sue several attorneys and a doctor very soon.
I think they forgot about their FIDUARY RESPONSIBLE.

I am so sorry that Judge Alex was cancelled. I am disabled and count on my tv for most of my entertainment. I do hope in the future you will once again put Judge Alex back on the air. I really got a lot of entertainment from watching him. Thank you

We watched your program every day – so much more entertaining & on point than many of the other judges. We have been looking for you, channel surfing looking through different channels & time slots. Never thinking that your show was cancelled. Looking forward to the day you return !!!!

He was one of the most respectful and fair judges on television. He was capable of joking without denigrating the litigants. I loved his manner.

He was one of the most even tempered judges on T.V. Unlike Judge Judy whom behaves like a rabid dog most of the time.

Totally agree with other responders. Most fair but firm judge show on. As an added bonus, we nicknamed him Judge Candy. Yet down to earth. Sure wish he would return.

It’s a damn shame the only court show I even liked to watch.

He is the Bomb, no other Judge can compete, because he is in a Class all by himself. He brought a different style to court that only he can bring. His court was not a copy cat from the other court shows, while I like all the other court program, I would miss them all to see Judge Alex. Not only is he Handsome, and I do mean the Man is Fine easy on the eyes, but ; He has that certain thing about him you don’t know what it is, you just know he’s got it. He will be… Read more »

Judge Alex had class. He treated his witnesses with respect and has a certain charm that made his show wonderful to watch. I miss him and want him back. I think the producers had a colossal nerve taking him off the air.

I loved Judge Alex show I am so losted in the morning
I truly miss his show. I hope he returns.