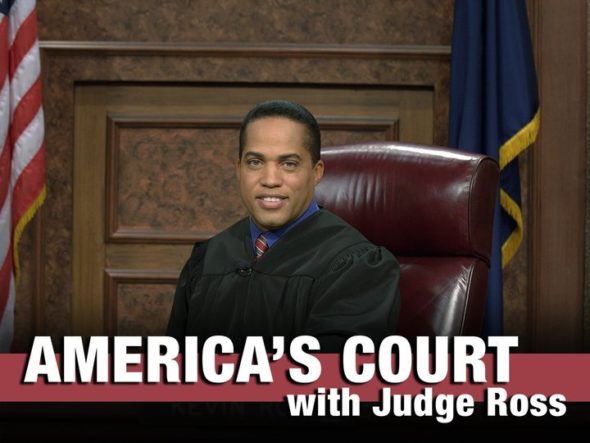 America’s Court with Judge Ross is staying on the bench for a long time. The syndicated series has been renewed for seven more seasons. The series will continue through season 18 in syndication. The series’ eleventh season premiered last week.

More about the renewal was revealed in a press release.

“As we start our eleventh season, AMERICA’S COURT WITH JUDGE ROSS is our first and longest-running court series, and we are enthusiastic to continue its success and longevity for another seven seasons,” said Byron Allen, Founder/Chairman/CEO of Entertainment Studios/Allen Media Group. “Judge Kevin Ross in an outstanding television host and judge. Allen Media Group and the audience are very fortunate to have his enormous talents available to us for another seven seasons.”

“It’s been an amazing ride! Byron Allen’s unwavering vision delivered us to the viewers, and our fans still love what we bring to television,” said Judge Kevin Ross. “I’m grateful to our dedicated team, and beyond excited to continue presiding over AMERICA’S COURT WITH JUDGE ROSS for as long as our audience will have us.”

What do you think? Are you a fan of America’s Court with Judge Ross? Will you continue to watch the series through the seasons ahead?

I enjoy all Judge Ross episodes so much. His rulings has been with good rationale and very character
professional. I’m thankful for the Program.

Yes I most definitely will continue to watch Judge Kevin Ross. I have been a fan since 2010.
God Bless Him And His Family.