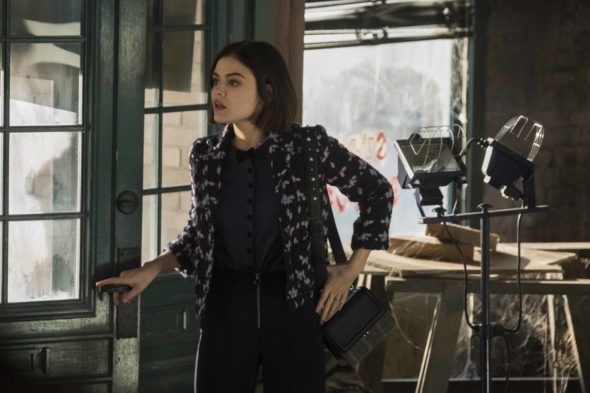 It’s official. There will be no second season of the Life Sentence TV show on The CW. Star Lucy Hale has confirmed the Life Sentence cancellation. Check out her statement, below. Last week, the series’ fate briefly echoed the journey of her character, Stella Abbott. After we reported Life Sentence was cancelled, creator Richard Keith informed us there was still life in the old gal yet, and that the cancellation or renewal decision would be made this week. Although the network has finally sounded the death knell, there is still some good news. There are six episodes left in season one, and the finale is scheduled for June 15th.

A CW Y/A series, Life Sentence stars Lucy Hale, Dylan Walsh, Gillian Vigman, Brooke Lyons, Carlos PenaVega, Jayson Blair, and Elliot Knight. The dramedy centers on Stella. After a lethal cancer diagnosis, she spent eight years living her life like any dying young woman might. Once she learns she’s been cured, Stella must return to living like someone with a whole life ahead of her and help her loved ones to do the same.

Life Sentence Cancelled by The CW

Sometimes social media posts disappear, so here’s the image Hale released, containing her cancellation confirmation. It includes her gratitude for all the support she has received.

Life Sentence: A Look at the Ratings

The first season of Life Sentence averaged a 0.15 rating in the 18-49 demographic and 511,000 viewers. Learn how Life Sentence stacks up against the other CW TV shows.

What do you think? Should The CW have cancelled or renewed its Life Sentence TV series for season two? Sound off in the comments.

This is absolute crap that they cancelled this show i really hope netflix buys it. Theres still so much that is needed to know. Please bring this show back