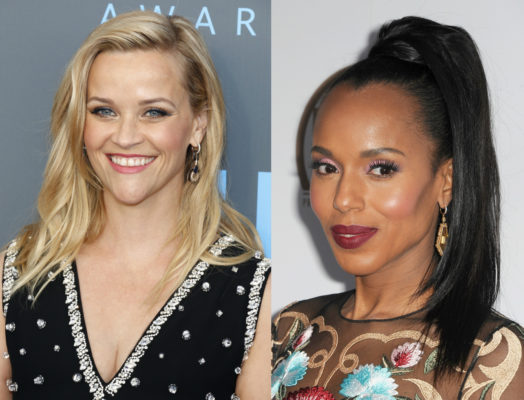 Reese Witherspoon and Kerry Washington are teaming up. Deadline reports the two stars are producing a new TV show based on the book Little Fires Everywhere.

Written by Celeste Ng, the bestselling novel tells the story of “two families living in 1990s Shaker Heights who are brought together through their children.”

Liz Tigelaar will write the TV series adaptation of Little Fires Everywhere, while Washington and Witherspoon are attached to star in and executive produce the show. A network has not yet been announced, but the project is being produced by Hello Sunshine, ABC Signature Studios, and Simpson Street.

What do you think? Have you read Little Fires Everywhere? Would you watch the TV series?

It was absolutely TERRIFIC. Each episode kept you wanting the next and much more – can’t wait till there IS MUCH MORE to anticipate…..GREAT!!!

I appreciate Kerry Washington and Reese teaming up.