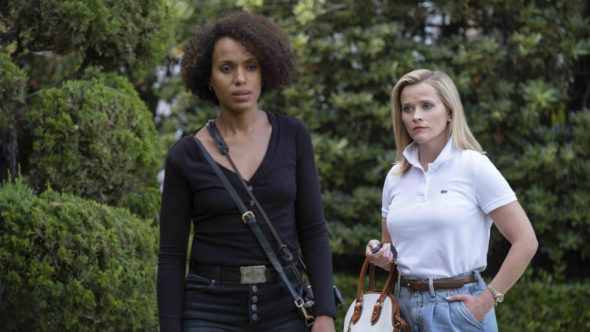 What’s next for Little Fires Everywhere? Recently, showrunner Liz Tigelaar spoke with The Hollywood Reporter about the future of the Hulu TV show.

Based on the novel by Celeste Ng, the series “follows the intertwined fates of the picture-perfect Richardson family and an enigmatic mother and daughter who upend their lives. The story explores the weight of secrets, the nature of art and identity, the ferocious pull of motherhood – and the danger in believing that following the rules can avert disaster.” Reese Witherspoon and Kerry Washington star in the Hulu drama.

In the interview, Tigelaar revealed she believes Little Fires Everywhere should remain a one-season limited series:

If you ask me, I feel like this is the story. I feel like in a different version of it we could have probably extended the story. It could have gone on longer, but I feel like this is the ending. I don’t know how Mia and Elena ever are in each other’s orbit again in an organic way. They seem done. Selfishly, of course I would love it to continue. It’s been an amazing experience. We had the best time making it. It’s been amazing knowing that people are watching it and having discussions about it. Of course I would love to keep it going, but I think I think at the end of the day it’s honoring the story that Celeste told, and I think that also means honoring that the story did have an end.”

What do you think? Have you seen Little Fires Everywhere? Do you think it should have another season?

There should be another season. There’s still a lot to explore!

I would love to watch more than 1 season.

There has to be a season two they left everything hanging!

Absolutely have another season. There can be so many plots