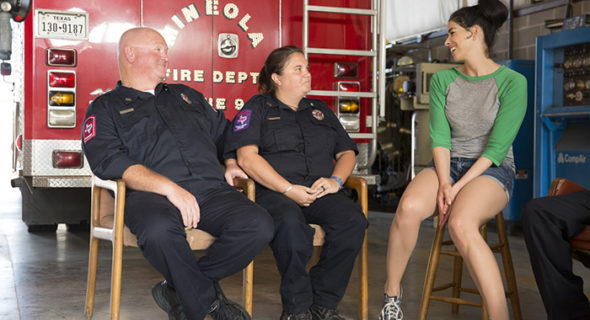 Does Hulu not love America? Per The Hollywood Reporter, Hulu has cancelled I Love You, America after only one season.

Hulu does not release show ratings as a rule, so it’s unclear why the streaming service is ending I Love You, America. You can read Silverman’s announcement below:

Well, Hulu cancelled I LOVE YOU AMERICA and we’re all pretty damn heartbroken.

… So in traditional twitter funeral style, I’ll be RTing the love.

What do you think? Are you a fan of I Love You, America? Would you have watched another season?

It was just not very funny.

I think the series started out very strong but plummeted as it went. The fake Jesus and Trump interviews were always awful. The strongest points of the show were her opening monologues and the segments with people of differing beliefs, and unfortunately even though those were strong, they were often overshadowed by how bad everything else was.

I only now found it and it’s going off? I won’t bother getting attached (maybe) to something which has already been canceled. I’m not much of a Silverman fan anyway. Her ‘comedy’ routines are little more than bitchy rants.

We Love That Show! Goodbye Hulu

Best news of the day. Thank you very much.