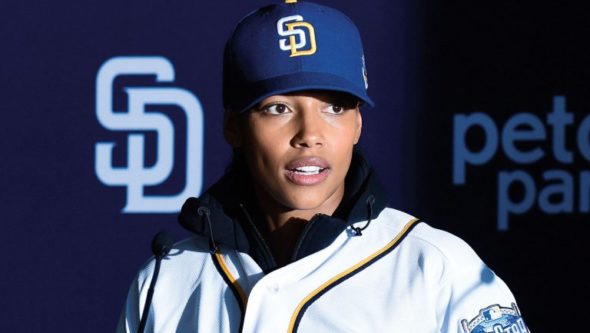 Pitch ended after just one season on FOX, and now that season has landed on Hulu. To promote the arrival of the series on the streaming service, Kylie Bunbury and Mark-Paul Gosselaar, reunited to do a short clip.

In the clip, Bunbury is in character pitching while Gosselaar is sitting and chiding her performance. Check out the tweet featuring the video from Hulu below.

Game on. All episodes of #Pitch are now streaming. ⚾️ pic.twitter.com/FDbI4yLSaQ

The series aired 10 episodes during Fall 2016 before being cancelled by FOX.

What do you think? Did you watch the FOX baseball series below? Will you watch it again on Hulu?

They need to finish this movie. Especially for the young women and little girls out there needing inspiration. It was an excellent series. It needs to be continued!!!