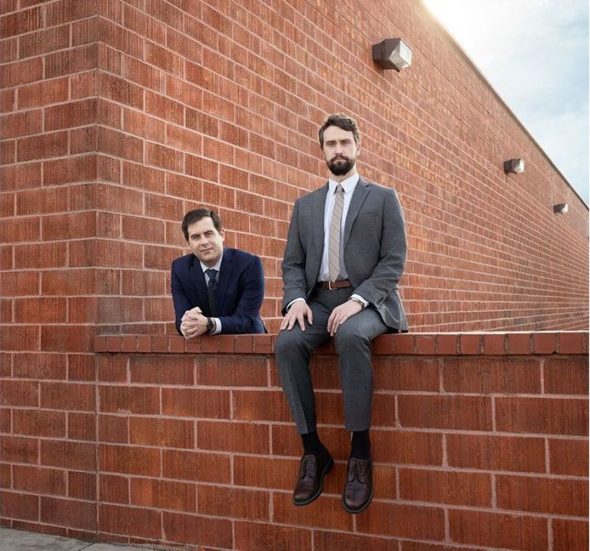 Are Matt and Jake still gainfully employed? Has the Corporate TV show been cancelled or renewed for a third season on Comedy Central? The television vulture is watching for the latest cancellation and renewal news, so this page is the place to track the status of Corporate, season three. Bookmark it, or subscribe for the latest updates. Remember, the television vulture is watching your shows. Are you?

The second season of Corporate averaged a 0.13 rating in the 18-49 demographic and 233,000 viewers. Compared to season one, that’s down by 16% and 32%, respectively. Find out how Corporate stacks up against other scripted Comedy Central TV shows.

Will Comedy Central cancel or renew Corporate for a third season? The numbers are low and other series on this channel have been cancelled with similar numbers. Still, I think Corporate will be renewed. I’ll keep an eye on the Nielsens and update this page with breaking developments. Subscribe for free alerts on Corporate cancellation or renewal news.

What do you think? Are you glad that the Corporate TV show has been renewed for season three? Do you think that should be the end of this Comedy Central series?

I would mint corporate to come back: how do they count those that stream it later?