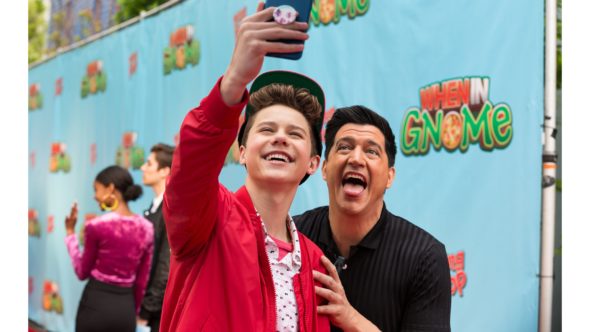 Can Cary and Brooke Dubek catch a break? Has The Other Two TV show been cancelled or renewed for a second season on Comedy Central? The television vulture is watching for the latest cancellation and renewal news, so this page is the place to track the status of The Other Two season two. Bookmark it, or subscribe for the latest updates. Remember, the television vulture is watching your shows. Are you?

A Comedy Central sitcom, The Other Two stars Drew Tarver, Heléne Yorke, Case Walker, Molly Shannon, and Ken Marino. The comedy centers on 28-year-old struggling actor Cary Dubeck (Tarver) and his 30-year-old sister, Brooke Dubek (Yorke), a former dancer who is struggling with life, when their little brother Chase (Walker), aka “ChaseDreams,” skyrockets to fame, courtesy of the Internet.

The first season of The Other Two averaged a 0.11 rating in the 18-49 demographic and 215,000 viewers. Find out how The Other Two stacks up against other scripted Comedy Central TV shows.

Will Comedy Central cancel or renew The Other Two for season two? The premiere’s ratings weren’t that great, even for a scripted series on Comedy Central, and they’ve dropped lower. I’m still leaning toward a renewal but, I’ll keep an eye on the Nielsens and update this page with breaking developments. Subscribe for free The Other Two cancellation and renewal alerts.

2/11/19 update: The Other Two has been renewed for a second season.

What do you think? Are you glad that The Other Two TV show has been renewed for a second season? How would you feel if Comedy Central had cancelled this TV series, instead?