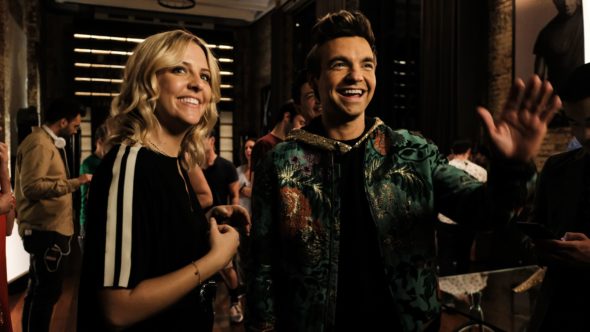 TV show description:
From creators and writers, Chris Kelly and Sarah Schneider, former co-head writers of Saturday Night Live, The Other Two TV show centers on an aspiring actor and a former professional dancer, whose worlds are rocked when their little brother skyrockets to fame.

Cary Dubeck (Tarver) just wants to book better auditions than for parts like “Man At Party Who Smells Fart.” Life as a 28-year-old struggling actor was ever thus.

On the other hand, his 30-year-old sister, Brooke Dubek (Yorke), is is a former dancer who is struggling with life. It seems like the Dubeks’ path to finding themselves is always complicated or obscured by something.

Their younger brother, Chase (Walker), or “ChaseDreams,” has become an immediate worldwide sensation, thanks, of course, to the power of the internet. Their mom (Shannon) and Chases’s manager (Marino), however, are thrilled by the young man’s overnight’s success. Meanwhile, Cary and Brooke cannot catch a break.

What do you think? Do you like The Other Two TV series? Should this Comedy Central TV show be cancelled or renewed for another season?