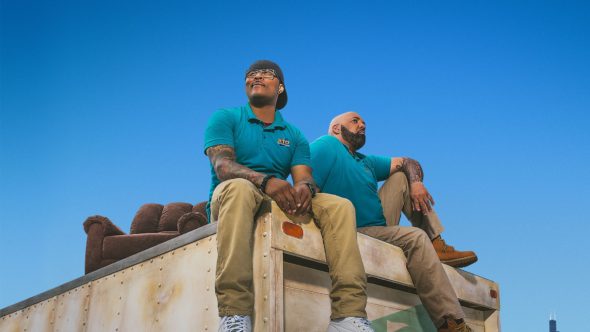 South Side and The Other Two are making a big move. HBO Max just announced they’ve taken over the second seasons of the Comedy Central TV shows.

A comedy, The Other Two centers on 28-year-old struggling actor Cary Dubeck (Drew Tarver) and his 30-year-old sister, Brooke Dubek (Heléne Yorke), a former dancer who is struggling with life, when their little brother Chase (Case Walker), aka “ChaseDreams” skyrockets to fame, courtesy of the internet.

Meanwhile, South Side follows two friends who just graduated from community college … so now they’re ready to take over the world! But until they do they’re stuck at Rent-T-Own, a retail-rental crossroads where the South Side’s vast ensemble of characters come together.” The cast includes Sultan Salahuddin, Kareme Young, Chandra Russell, Lil Rel Howery, and Bashir Salahuddin.

New seasons of The Other Two and South Side are slated to debut on HBO Max in 2021.

LOS ANGELES, CA – August 13, 2020 – HBO Max has announced that the upcoming seasons of the critically acclaimed comedies The Other Two and South Side from Comedy Central Productions are joining the streaming platform as new Max Original series.

The first seasons of The Other Two and South Side will land on the platform in 2021 followed by brand new seasons to stream exclusively as Max Original series. Matching the Max Originals mandate for unique stories that speak to a younger skewing demographic, The Other Two, created by former Saturday Night Live co-head writers, follows two millennial siblings as they navigate their teenage brother’s rise to internet fame and South Side, shot on location in Chicago’s Englewood neighborhood, is an authentic, comedic look at two friends, ready to take one world, once they stop working at the local rent-to-own.

As part of this deal, HBO Max has become the exclusive streaming home to the semi-autobiographical comedy Awkawfina isNora from Queens, from the Golden Globe Award Winner® Awkwafina (Nora Lum). Season one is available to stream now on HBO Max. Season two will premiere and air in its entirety on Comedy Central next summer before becoming available on HBO Max.

“These ground-breaking and hilarious programs are cultural touchstones and we are excited about the diverse group of comedic voices they will bring to HBO Max. We know our audiences will want to watch again and again,” said Michael Quigley, EVP Content Acquisitions, WarnerMedia. “We are strategically thinking of the fans first, and adding these exceptional series to our portfolio allows us to introduce these standout comedies to new viewers on HBO Max.”

“Comedy Central Productions’ deal with HBO Max is emblematic of our studio production strategy to maximize the value of our content by selectively working with third parties while prioritizing franchise IP for our own platforms,” said Keyes Hill-Edgar, Chief Operating Officer, ViacomCBS Entertainment and Youth Brands.  “As we shift our strategy and double down on adult animation, topical shows and scripted movies – we are excited to supercharge our studio sales business and continue these great series with HBO Max.”

What do you think? Have you seen The Other Two and/or South Side TV shows? Will you watch these shows on HBO Max?

BOO!!!!! I will not subscribe to HBOmax just to watch Southside… this is ridiculous.

Yay! I was sure these would be cancelled so it is happy news that both will at least get one more season!!!