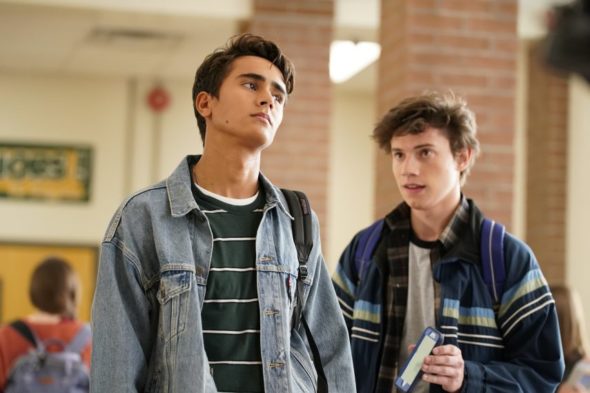 The Love, Simon television sequel is heading to a new home. The series is moving from Disney+ to Hulu, and it will have a different name. The series will be named Love, Victor after the series’ title character.

Ten episodes of the series have already been filmed for season one, and work on season two has already started, per The Hollywood Reporter. The writer’s room for the series is already at work!

The following was revealed that the new series will “revolve around Victor, a new student at Creekwood High School. (That’s the same high school as in the 2018 Fox 2000 movie starring Nick Robinson.) The Disney+-turned-Hulu take follows Victor on his own journey of self-discovery, facing challenges at home, adjusting to a new city and struggling with his sexual orientation.”

The report also revealed that the move was made because the series felt that the adult themes the show deals with was not for Disney+ audiences.

Love, Victor will premiere during June. Check out the announcement from Hulu below.

Get ready to head back to Creekwood High School. From the writers of “Love, Simon,” comes a new story about family, friendship and finding yourself.
#LoveVictor is coming soon, only on Hulu. 🎡

What do you think? Will you watch this television sequel to Love, Simon?

So excited for this young adult high school drama. It’s been 10 minutes since the last one was made.