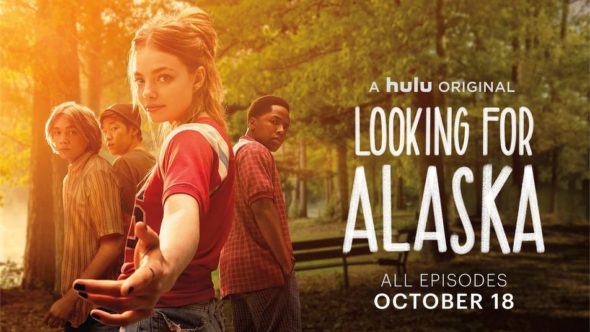 Do you want to return to Culver Creek Academy? Has the Looking for Alaska TV show been cancelled? Renewed for a second season on Hulu? The television vulture is watching all the latest cancellation and renewal news, so this page is the place to track the status of Looking for Alaska, season two. Bookmark it, or subscribe for the latest updates. Remember, the television vulture is watching your shows. Are you?

Will Hulu cancel or renew Looking for Alaska for season two? It appears that the show is a true mini-series so a second season isn’t expected. Still, if enough people watch the first season, perhaps Hulu might consider continuing the story in some way. For now though, the series is over. I’ll update this page with breaking developments. Subscribe for free alerts on Looking for Alaska cancellation or renewal news.

What do you think? Were you hoping that the Looking for Alaska TV show would be renewed for a second season?

Personally, I don’t think this should be renewed for a second season. This mini series was GOLD! So beautiful, well written, great acting on all fronts, but it should not continue. The story has been told and told well. There’s nowhere else it needs to go. No questions left in answered.