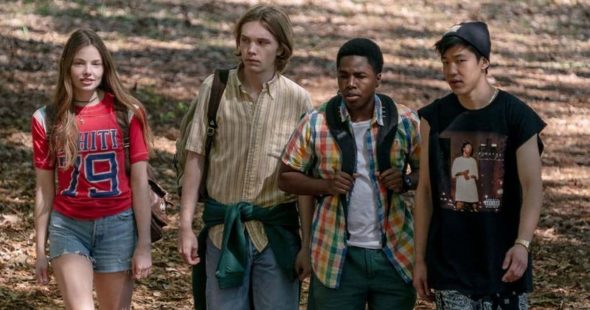 TV show description:
A teen drama series that’s based on the novel by John Green, the Looking for Alaska TV show is set in the year 2005.

The show centers around teenager Miles “Pudge” Halter (Plummer). He’s a high school junior and newly enrolled at the Culver Creek Academy boarding school and he’s trying to gain a deeper perspective on life. While there, Pudge falls in love with Alaska Young (Froseth) and finds a group of loyal friends.

After an unexpected tragedy, Pudge and his close friends attempt to make sense of what they’ve experienced.

Series Finale:
Episode #8 — “It’s Very Beautiful Over There”
The search for answers pulls our group apart, until one final prank brings them back together.
First aired: October 18, 2019.

What do you think? Do you like the Looking for Alaska TV show? Do you think it should have ended or been renewed for a second season?

Yes I would love to follow the story further but not sure how I feel about Alaska young being dead it was her that made me binge watch the entire season I can see how miles would fall in love with her I fell in love with her after the first episode.