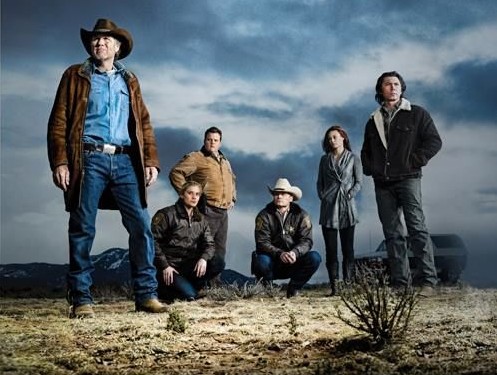 Yes I will watch season three. One of the better dramas on any network

I did not think I would like this series, however in season 2 a friend was watching it and I loved it. Please keep this show going!

My husband and I are looking forward to the return of Longmire. Please set a date for the Season 3 premier. Anxiously awaiting information on this.

I TOTALLY agree–my husband and I LOVE this show !!! I’m VERY pleased you decided to air Season 3.. we had decided–like many others I have read, to NOT watch anything else on A & E –IF you had not changed your minds !! It would have been TRAGIC to have lost Lonmire, just because you didn’t want to AIR it !! VERY pleased–Thank You !!!

The plot lines are excellent and the character development from episode to episode is awesome. Really smart move to put the show on Netflix, as it allows late discoverers of the series to appreciate this hidden gem. The show combines the genres of mystery, western, and cop drama into a real hit. Great show!

Really looking forward to the next season of “Longmire”. Wish the seasons were LONGER. A show we can’t miss and even enjoy the reruns.

My husband and I love Longmire. When will it start back????

We met the author; love his writing ; and can’ t wait for this year’s season to begin. Longmire is a terrific series and far exceeds the reality shows now inundating every network!

We really liked Longmire and hope it comes back. Besides being a good show it beats the hell out of the stupid scripted supposedly reality shows.

The best show to come out since Gunsmoke. Cant wait for season 3.

My husband and I think Longmire is one of the top 3 programs on TV right now. It is very entertaining. Longmire is down-to-earth and provocative at the same time. It’s a vey well-done program – top notch!