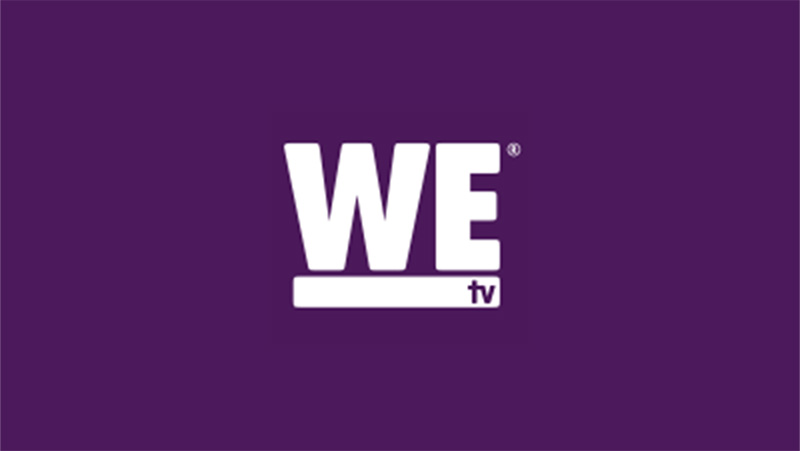 Love After Lockup is coming soon to WE tv, and the series will follow couples after one is released from prison. Viewers will follow the lives of six couples who met through various means and found love.

WE tv revealed more about this new series in a press release. Check that out below.

“People find the love of their life in many ways: set-ups, matchmakers, swiping right, and sometimes… through letters with incarcerated convicts! WE tv’s all-new docuseries, LOVE AFTER LOCKUP premiering Friday, January 12 at 10PM ET/PT, follows six couples who share the emotional journey of being united for the first time after years of supervised visits, recorded phone calls, and handwritten letters, as they transition from love behind bars to the marriage altar.

From the producers of the hit show 90 Day Fiancé, this new series will introduce the couples as they prepare for the big release day – and an even bigger wedding day. As most of these couples have never had unsupervised contact with one another, we will watch as they experience several “firsts” including dates, meeting the family and other nerve-wracking, intimate moments. The newly free ex-cons are lucky enough to walk into the open arms of their loved one, but will also deal with the difficulties of reentry; including temptations in the outside world, rules and regulations due to parole, difficulties of job hunting with a rap sheet, and of course judgement from family and friends. Each is a tale of love and redemption, full of surprises and shocking moments, begging the question “Is love enough to create a bright future when one partner has a checkered past?”

The love “jailbirds” include:

Johnna & Garrett, Tampa, FL. A wine fueled evening of looking for love online led Johnna to Garrett, who was serving a seven-year sentence for burglary, grand theft, and several other counts. While Johnna believes, Garrett is committed to her, she’s having trouble convincing her father to meet him… let alone accept him. Johnna knows exactly what she wants… including a ring and wedding soon after Garrett is released. Is Garrett on the same page or will he be easily tempted by his new freedom?

Andrea & Lamar, based in Lehi, UT, come from very different backgrounds; Andrea is a Mormon and single mother of 3 kids, while Lamar is a former up and coming rapper who is finishing up an 18 year stint in the big house. Andrea has not shared Lamar’s past with her Mormon community for fear of being scrutinized. Will she be able to introduce Lamar into her strict religious community, while Lamar attempts to pick up his rap career where he left off 18 years ago?

Mary & Dominic, based in Toronto, very briefly knew each other before he was incarcerated. Shortly after meeting, Dominic got into a fight at a night club and is now serving six years for aggravated assault. Mary has patiently remained by his side, waiting to pick up where they left off. However, prison has changed the former “bad boy” in ways Mary never imagined… Was Dominic worth the wait?

Alla & James, based in Chicago, IL, struck up a relationship via a prison penpal service while she was serving five years for selling heroine. The former model’s fresh face, sense of humor and vivacious personality immediately captured James’ attention. However, James is keeping his relationship a secret as he fears his overbearing family may not approve. Is Alla prepared to resist temptation, stay out of trouble and do what it takes to win over James’ judgmental family upon her release?

Angela & Tony, based in Grenada, MS, fell in love through letter writing and have been in contact for a year. Since the tragic death of her ex, Angela began dating men in federal prison, so Tony is not her first… but claims he will be her last! The hunky convict, 13 years her junior is currently serving three years for possession of a firearm. Much to her sons dismay, who is around the same age as the convict, these two lovebirds are engaged and looking forward to Tony’s release so they can begin their new life together.

Scott & Lizzie, from Oxnard, CA, met and fell in love through a prison pen pal website called meetaninmate.com. Lizzie is serving eight years for several DUI charges, and although she has admitted to using romantically inclined men to help support her in the past; insists that Scott is her true love. Scott has sent her about $20,000 over the course of their relationship and friends and family have expressed concern that she may be using him for financial support. Is Scott another one of Lizzie’s tricks or is this love for real?