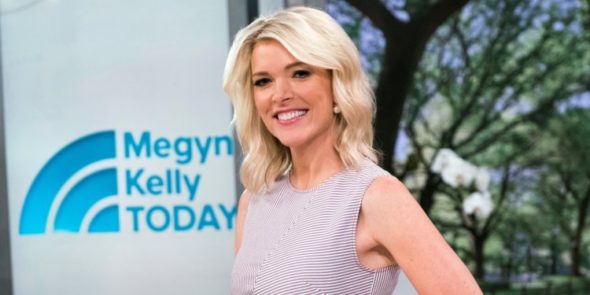 Megyn Kelly is in trouble at NBC. According to TMZ, the network has cancelled her morning TV show, Megyn Kelly Today, in the wake of some controversial remarks. 10/26/2018 update: NBC has confirmed Megyn Kelly Today is cancelled. Deadline reports NBC and the anchor are hashing out an (imminent) exit strategy. Kelly is one year into a three-year, $69 million contract with the network.

On Tuesday’s episode of Megyn Kelly Today, the host made some controversial remarks about the racist practice of blackface that received immediate criticism. According to The Hollywood Reporter, Kelly and NBC were already uncertain about the future of the daytime series and now it seems the show will no longer continue.

What do you think? Did you watch Megyn Kelly Today? Do you think it deserved a second chance?

I had finally warmed up to Megyn and she had some quality interviews so much better than the silly show that has replaced her (that I don’t watch at all). I didn’t always agree with her but that should be ok, right?

Couldn’t stand her and her politics, and would see her racism shine through. Glad she isn’t spewing her believes nationally anymore.