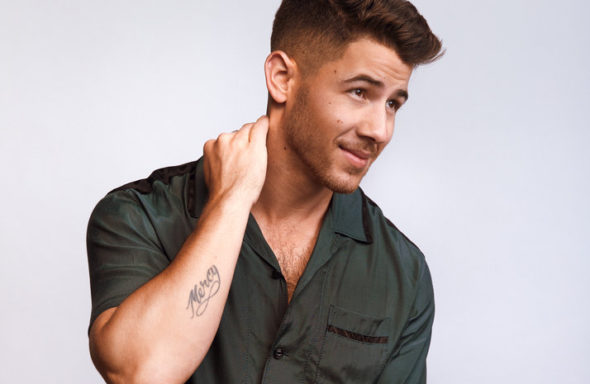 The Voice is currently airing its seventeenth season, and NBC now has the panel for season 18 set. Fans will see a new face join Kelly Clarkson, John Legend and Blake Shelton this spring. Nick Jonas is taking the fourth chair as a coach for the upcoming season.

It appears Nick will fit right in with Blake, John, and Kelly too. The three current judges sent Nick a video to welcome him to The Voice. The clip aired during Nick’s appearance on The Ellen Degeneres Show on Monday. One of the judges also gives him a bit of a scare during the interview.

Nick shared his own excitement for his addition to the NBC series. He said the following, per Deadline:

“I’m so excited to be a part of The Voice family. It’s such an awesome group of individuals, and I can’t wait to help these artists really build and hone in to find their unique voices.”

The powers that be at NBC also shared their thoughts about Nick’s addition. Meredith Ahr, president of Alternative and Reality Group at NBC Entertainment, said the following:

“As a member of one of the hottest pop groups, Nick’s success in navigating all aspects of the music industry is exceptional. We were so impressed by his innate musicality, technical aptitude and passion that he brought to Songland earlier this year and know he will be an incredible fit as a coach on The Voice.”

The Voice will air season 18 this spring.

What do you think? Are you excited to see Nick Jonas join The Voice?

His not a big enough star, he’s just “meh”. I doubt I will watch next season and I’ve been watching for years. Should have replaced Gwen with another woman. Sorry NBC you messed up with this choice.

Yes I think this will he will be a great asset. Missing Adam
Not watching current season but will definitely watch
2020 with new lineup.

Im not crazy about him coming to the Voice, I may not watch as much. the 4 there now make it enjoyable to watch, replace Gwen with another female when she leaves again…that would be much better

I agree Jill. Wish gwen could have stayed on but at least replace her with another BIG woman star!

Sorry. “Seasons” are the equivalents of TV’s fiscal year. You can’t have two seasons in one year, since the whole concept was created to be able to make comparisons between series. What if each baseball or football player were able to define a season for themselves? THE VOICE is beginning its tenth season because it began in April 2011. Network TV seasons begin in fall (roughly September) and end in summer (roughly August), and have since 1949. Just because THE VOICE and all the other reality series have themselves declared each separate competition as “a season” does not rewrite the… Read more »

And now we know who will win Season 18 😉