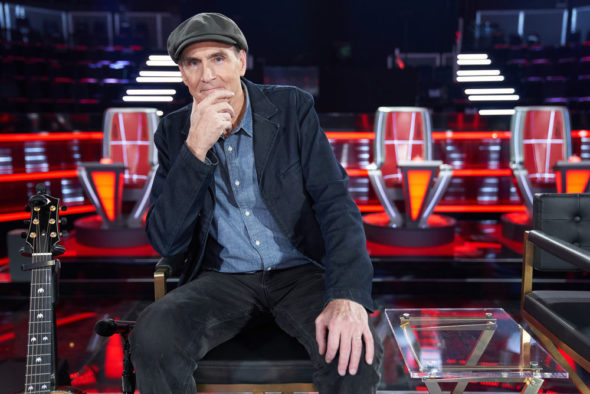 The Voice will soon see fire and rain if their mega mentor has his way. James Taylor will soon appear on the competition series as this season’s mega mentor. This season’s current panel of judges, Kelly Clarkson, Nick Jonas, John Legend and Blake Shelton, revealed the singer’s addition to the series in a short video clip.

Viewers will see Taylor mentor the remaining contestants as they get ready for the knockout rounds. Those episodes will begin to air on April 13. NBC has not yet revealed how the live episodes of The Voice will be handled.

Check out the short video introducing James Taylor’s as this season’s mentor below.

What do you think? Are you excited to see James Taylor on The Voice?