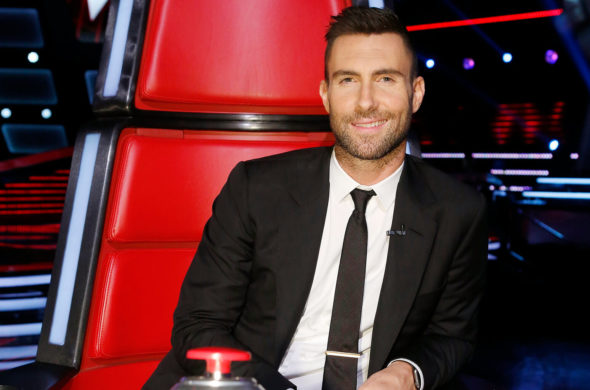 The Voice is losing a key figure. Deadline reports Adam Levine is leaving the NBC TV show after 16 seasons.

Levine joined the singing competition series when it debuted in 2011. Alongside Blake Shelton, he is the only coach to be present in every season of The Voice. The show’s 16th season just finished earlier this month.

On social media, Levine explained his exit from The Voice, saying it was “time to move on” from the NBC series. Gwen Stefani will replace Levine on the upcoming 17th season. Read Levine’s full post below:

What do you think? Do you watch The Voice? Are you sad Adam Levine is leaving?

Why would NBC not look for a entirely new coach to replace Adam?

Definitely won’t be the same without Adam. I’m not a big fan of Gwen Stefanie.

I’m not much into competition shows or reality TV, but the back and forth banter between Adam and Blake kept me returning season after season. Don’t get me wrong; I have enjoyed the other coaches. I love the contestants and guest mentors. I ADORE Carson Daly; his mother was a wonderful woman (may she and and her husband rest in peace), and she was beloved in the Coachella Valley where I live. That said, the most fun part of the show was the good natured ribbing between Blake and Adam. I’m also sad that Adam couldn’t go out with a… Read more »

It won’t be the same without Adam. Really don’t care for the show with Gwen on it.