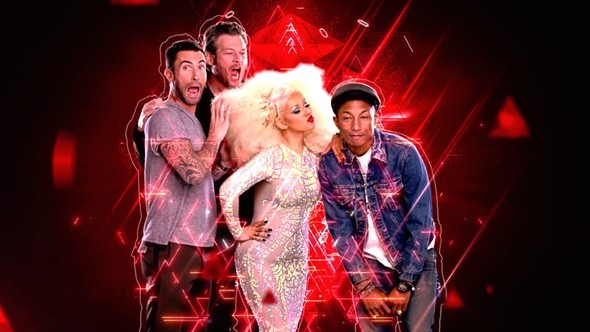 Who’s through with The Voice? Recently, Christina Aguilera told Billboard she’s not happy with the NBC TV show.

Aguilera last appeared as a judge on the singing competition series in 2016. The NBC TV show is currently in its 14th season and features Adam Levine, Blake Shelton, Kelly Clarkson, and Alicia Keys.

In the interview, Aguilera didn’t have positive things to say about her time on The Voice, suggesting she likely won’t be returning for future seasons:

It became something that I didn’t feel was what I had signed up for in season one. You realize it’s not about music. It’s about making good TV moments and massaging a story.

I didn’t get into this business to be a television show host and to be given all these [rules]. Especially as a female: You can’t wear this, can’t say that. I would find myself on that show desperately trying to express myself through clothing or makeup or hair. It was my only kind of outlet.”

What do you think? Do you watch The Voice? Do you think Aguilera is right?

I have no problem with this wonderful show. I love it. But I would say if Blake and Adam ever leave the show. It won’t be the same and I will be done with it. Just the way I feel. They make the show can’t do the show without either of them. So I hope someone read this and doesn’t let either of the two leave this show because it would be over ratings will drop

I totally agree with you, Adam and Blake really make the show worth while watching. They have me laughing throughout the whole show. It’s an awesome show, one of my favorites and I really look forward to seeing the voice every season.. I love the show and would be truly disappointed if my two(2) favorite judges moved on…without Adam and Blake, I would not keep watching… So hang in there guys and continue to do a fabulous job. I love you and appreciate you.. You’re guys are awesome…(You are the show) Thanks Guys.

We love The VOICE, if a former judge doesn’t want to return, no big deal

did not care for her. yes, she had a good voice, but that was all she had too offer. glad she would never come back.