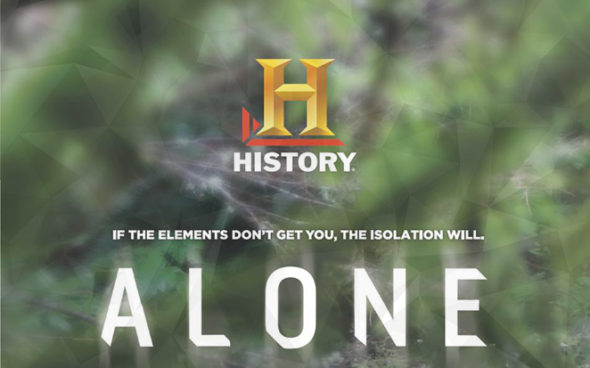 Alone is back. History just announced the TV show will return for a fifth season in June.

The new season of the reality competition show will take place in Northern Mongolia and follow 10 survivalists as they try to “endure brutal, subzero temperatures, deadly predators and punishing isolation.”

Season five of Alone premieres on History on June 14th at 10 p.m. ET/PT.

New York, NY – May 7, 2018 – Second chances don’t come often, but this season on “Alone” it’s all about redemption as former participants of HISTORY’s hit nonfiction survival series return in season five premiering Thursday, June 14 at 10PM ET/PT. Dropped off in Northern Mongolia, the most remote location yet, the ten survivalists will be separated by miles and endure brutal, subzero temperatures, deadly predators and punishing isolation, as they push themselves once more to their limits.

After coming up short in their respective seasons, these men and women have even greater motivations and well-planned strategies for survival. They must build their own shelters, hunt their own food, and overcome numerous deadly obstacles – such as the venomous Siberian Pit Viper and feral wolves – if they want to be the last person standing. With ten survival tools each, enough camera gear to self-document their experiences and a cash prize of $500,000 on the line, season five will bring higher stakes, impressive levels of ingenuity and a greater desire to succeed than ever before. No camera crew. No gimmicks. “Alone” is the utmost test of human will and fierce determination to overcome the elements. This season, who will have the strength to endure the longest and win the ultimate prize?

What do you think? Have you seen Alone? Will you watch the new season?

I just want to know if these are all survival experts why in the heck do they do stupid stuff? Like slip and fall because you’re not paying attention to where they’re going? Are the nine times out of 10 they always cut themselves. You don’t know how to use a knife? I thought these are experts trained experts Professionals in their field and they always do something stupid. No one ever goes on the show and built a proper shelter except for the one a couple who built a cabin which was excellent they don’t utilize all the resources… Read more »

IF IT CONTINUES WITH THE CRAP I WATCHED TONIGHT. YOU MIGHT AS WELL CANCELL IT. UP AT SLAVE LAKE FULL OF WHITE FIS! ONLY ONE MADE A PRPER SHELTER AND CAUGHT FISH. EVERYONE ELSE NEVER FISHED BUT WHINED HOW HUNGRY THEY WERE BECAUSE THERE WAS NOTHING IN THE TRAPS. SO BACK UNDER THE SHELTER BEING HUNGRY BUT STILL HASN’T FISHED. I’M FROM THE NORTH AND THIS SEGMENT WAS JUST A GROUP OF STUPID WHITE MEN WEEKEND WARRIORS AND A TARP IN’T GOING TO DO JACK **** FOR YOU. WITH THE WINTER COMING THEY WILL FREEZE, GET FROST BITE LOOSE YOUR… Read more »

Still enjoy the show but so far the first two tapped out were dumb mistakes.

yes love the show, waiting and waiting for it to return..thak you..

Why do we want to see the old losers from previous seasons? They are all losers and couldn’t cut it the first time. Give us new contestants. I really enjoy the show but some of these old contestants, please they got to go. Randy and Dave are the only two i even want to see this season.

Great series…..watched all of them. Mongolia is a real challenge. Interesting range of skills among the contestants, must be a challenge to,film and edit each episode.

I am on season 2 and love the show so far! My fav is Nicole, she is a naturalist and I try to be. I don’t want to catch up! What will I watch?

I’ve watched every show, every season. The contestants I think will win don’t always make the final few, but show a lot of wildwood wisdom and guts. I was pulling for Carleigh this year and was sad to see her departure. I love the show and have shared it with a number of friends and relatives. Many of them are hooked on it too. I saw some of the comments about being disappointed with the “almost Alone” season and I’d have to agree (although I still enjoyed it). I hope future seasons are picked up and they continue for many… Read more »

this is my favorite show ,.,. I am however disappointed having missed last Thursday program due to unforeseen circumstances ,.,. now I am searching all channels for a rerun but alas nothing ,.,.that ridiculous fishhook spoiled it for me ,.,.,. my favorite girl had to tap out ,.,.
good luck to all the contestant .,,.,.,.
Josephine

I quit watching after it became “Almost Alone” I have not seen the first two episodes, but might tune in thursday.

I will be watching, cannot wait!

Excellent news _really looking forward to the new series. Great subject matter and down to earth, not like some of the other staged ‘survival programmes on other channels